Wonder clips are a relatively recent invention. For the vast majority of my sewing life, they just didn't exist. Now, however, they're on my list of must have sewing tools. 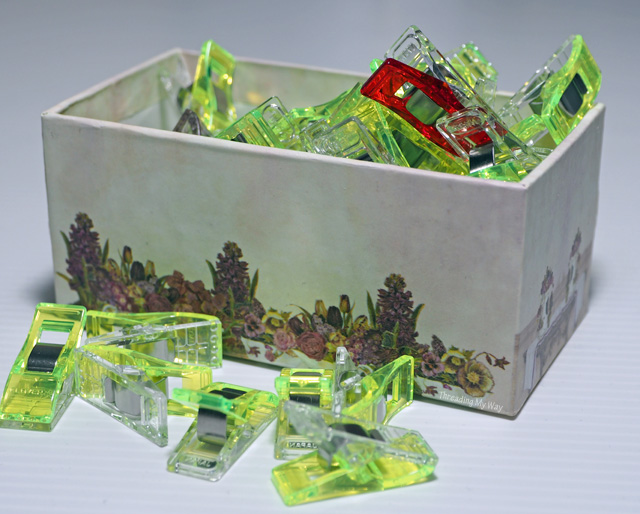 I was first introduced to Wonder Clips, by Cindy, from Siestas and Sewing, when she wrote about her New Best Sewing Friend. Even though I was intrigued, it took me a couple of years to actually purchase some.

Immediately I tried them, I was hooked!!! Initially I just used them for bulky projects, but now I use them all the time.

The brand of wonder clips doesn't matter to me. 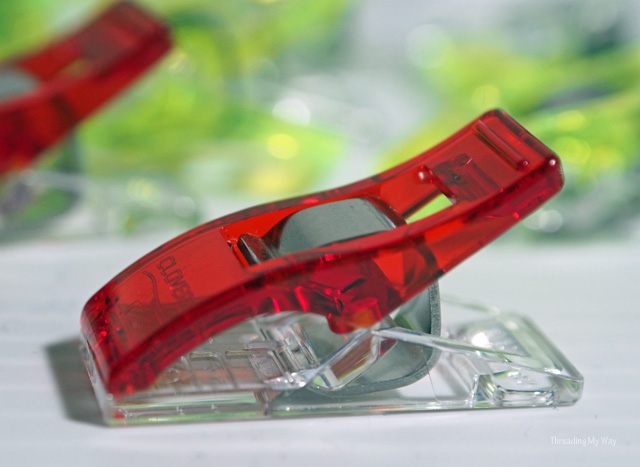 Most of mine happen to be Clover Wonder Clips - the red and green ones. When I first bought a packet of 10 clips, Clover was the only brand available, at least in the store where I was.

Later on, a too hard to resist offer on Massdrop resulted in a 50 pack of Clover Wonder Clips. The three purple clips are the only wonder clips I have that are not Clover - one for each Quilting Retreat I've been to.

Today I actually had a good look at both brands so see if I could discern any differences. Not having purchased them myself, I actually didn't know whether the purple ones were Clover or not. In general everyday use, I had differentiated them by colour, nothing else. They performed equally well.

On closer examination, the plastic handle part of the purple ones are slightly more rounded - nothing to do with functionality. They are also missing two markings - Clover and Japan.

I had read on a couple of forums about the inferiority of unbranded clips - saying they are harder to open and are prone to breaking.

I only have three unbranded clips. Over three years, none have broken, same as the Clover ones. You could interpret that as both being equally reliable. On the other hand, you could say the sample is not large enough to read anything into it.

As far as the unbranded clips being harder to open, I'd previously not noticed any difference. Deliberately comparing them today, I felt the unbranded ones were perhaps ever so slightly harder.

Feeling I might have been influenced by my readings, I gave two clips to an impartial person - Mr TMW, who had most likely never seen a wonder clip before. Straight away he said that the purple unbranded clips were harder to open. Being an engineer, he followed that up with an explanation as to why - to do with the shape of the metal spring hinge.

Would I buy unbranded wonder clips? Absolutely. Quite possibly there's more than one brand of budget wonder clips, so perhaps they're not all OK, but I'd definitely give them a go. Unless some break, I think I have enough to keep me going for a while, though.

A couple of times I've come across references to counterfeit Wonder Clips. At first I was sceptical, thinking these were just loyal Clover customers, but upon reading the link on the Clover site, it appears there are indeed clips that are packaged to look they are Clover Wonder Clips. I don't know if this is still occurring, but I won't knowingly give my money to a company that's being deceptive. 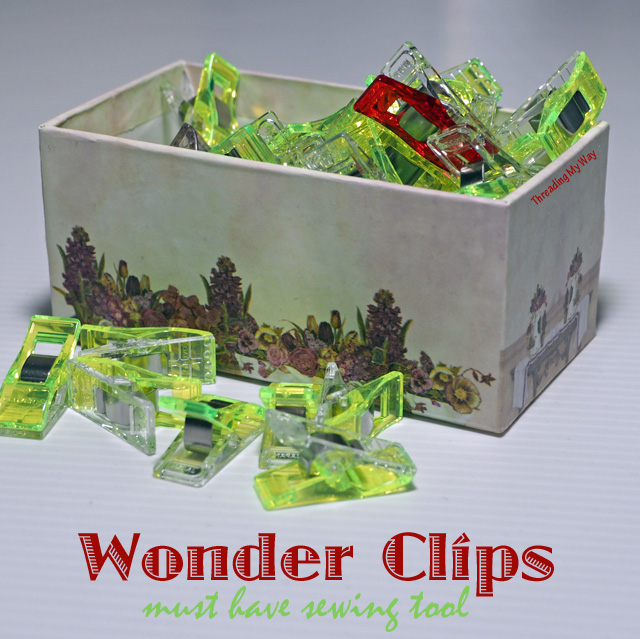 If Wonder Clips are on your must have list of sewing tools, I'd be interested to hear your thoughts on brands and quality.