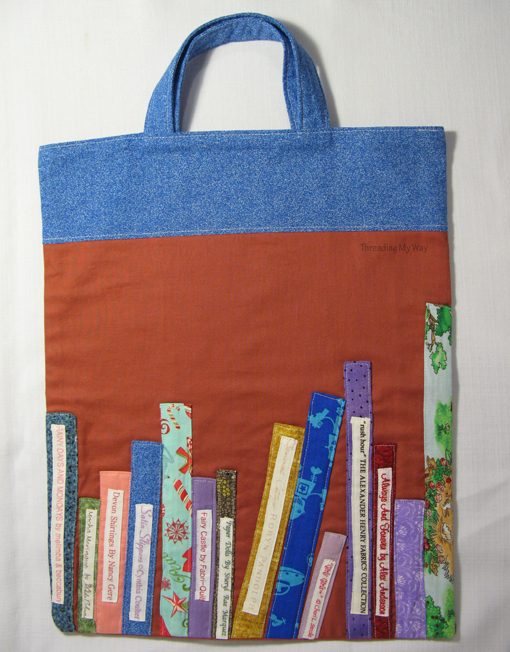 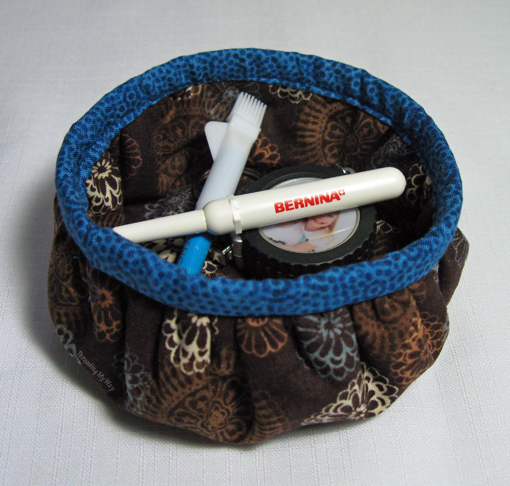 Here's my latest project... a gathered, round, fabric basket, made from the same brown fabric used in my favourite drawstring bag... Fluttering Wings and Colourful Things, Cynthia Coulter, from Wilmington Prints. This month, I'm joining in with Rikka, over at Ricochet and Away, for the Curved Seams Challenge. I was keen to tackle the challenge, as it involved learning a new skill: sewing flat, curved seams. 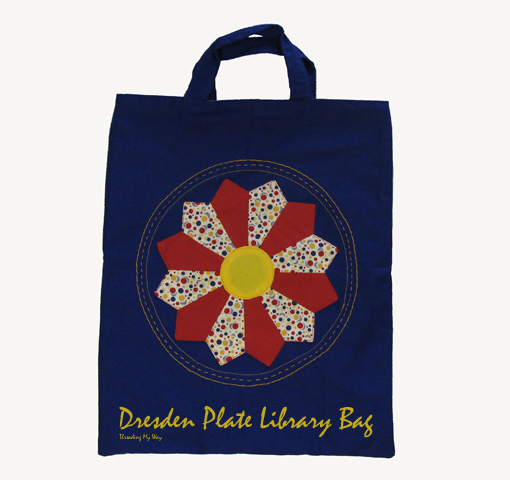 This is the 4th post in the Library Bag Tutorial series. Today I'll show you how to add a Dresden Plate to the basic Library Bag.

Dresden Plates are not as scary as they look. My first Dresden was incorporated into a Retro Flower Power Pillow. This is my second.

An awesome pair of jeans and a stretch knit top, added to the Boys' Clothes link party. You'll have to follow the links to see why this outfit is called Catch a Wave. I wanted to show you just some of the details on the jeans... 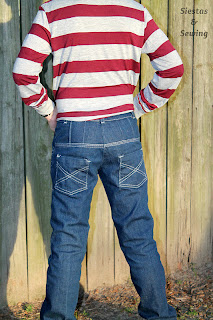 Catch a Wave by Cindy, from Siestas and Sewing

Turn a Woman's Dress into a Dress for a Young Girl 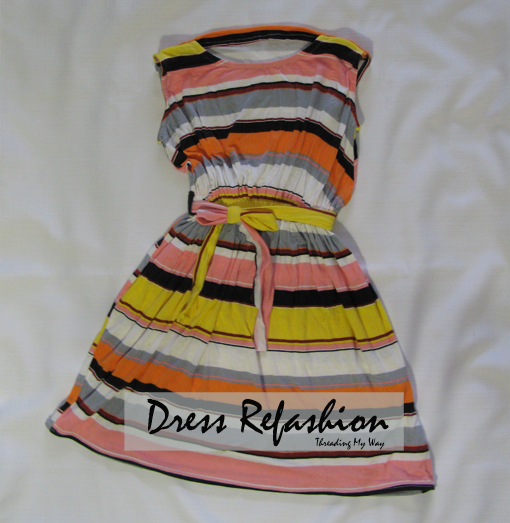 This would have to be the quickest refashion ever. Here's how to turn a woman's dress into a dress for a young girl... 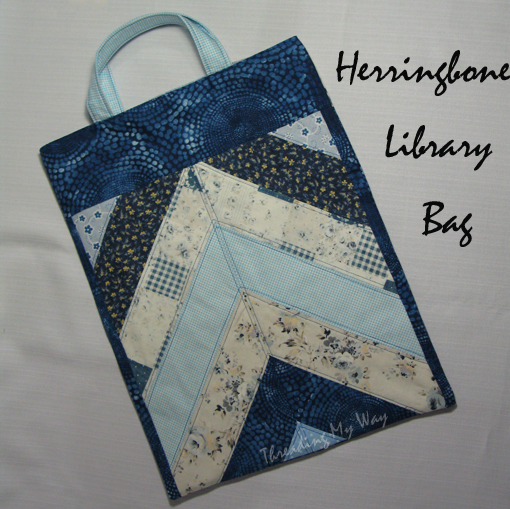 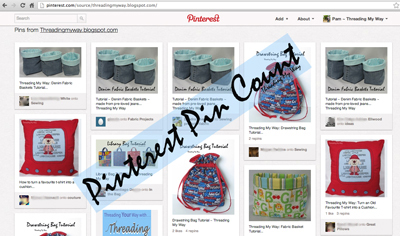 Most people will know that you type the following URL to see your posts that are pinned on Pinterest...
http://pinterest.com/source/your-blog-address/

Amazingly, I'm ahead of my schedule for January's sewing, probably because I knew I'd have to be organised if I were to finish all the projects I'd signed up for. There was no time to procrastinate and change my mind a million times as I generally do. You should see my desk, though... bits and pieces everywhere!!! Time for a clean up.

As always, I've enjoyed looking through all of the projects added to the Threading YOUR Way with Threading My Way  link parties. The only problem is, that I keep adding to my To Do list... LOL!!!

A very pretty fabric basket, added to the Drawstring Bags and Fabric Baskets link party. I love the shape of this basket and it looks very quick to make... 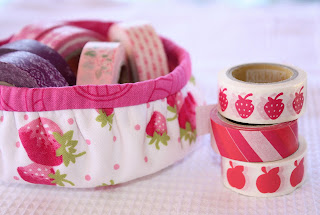 Gathered Round Basket Tutorial by Lisa and Sarah, from A Spoonful of Sugar

This week I'm joining in with Season 6, Project Run and Play, with the theme being Stripes and Polka Dots. 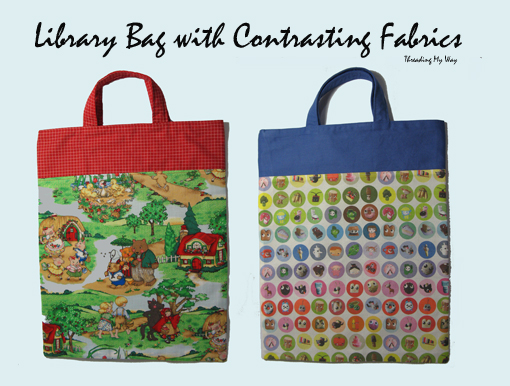 This is the 2nd post in the Library Bag Tutorial series. Today I'll show you how to alter the basic Library Bag, to add contrasting fabrics. 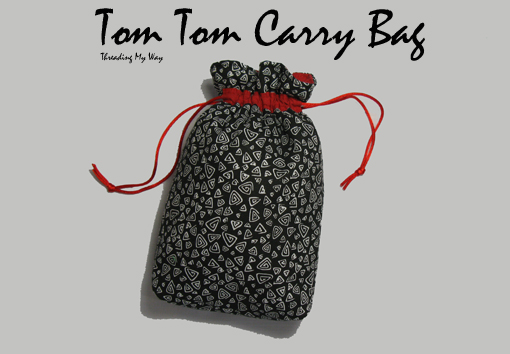 Finally, I've sewn something for Mr TMW!!! As part of his Christmas present, I made him a drawstring bag for his Tom Tom.

A library bag is a very easy first sewing project. If you are new to sewing, this tutorial will show you how to easily make one.

Here in Australia, it will soon be the beginning of the school year and a library bag will be on the supplies list for Primary School aged children. Sewing your child's library bag, will ensure they can readily find it amongst the array of shop bought Disney and Dora bags. 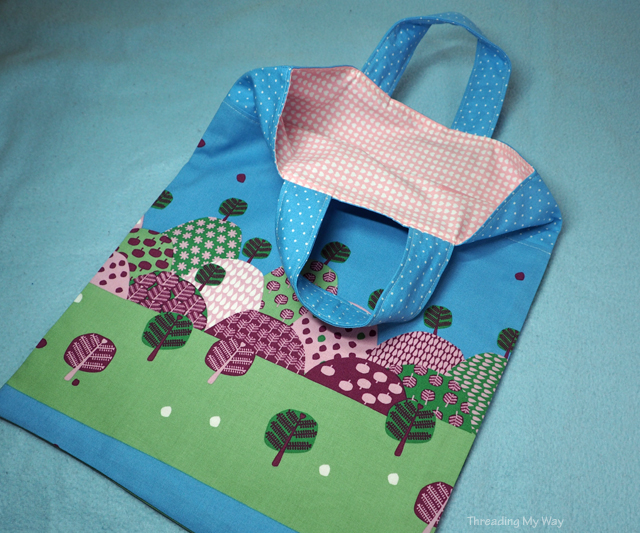 It's been a busy week here behind the scenes at Threading My Way. I've signed up for several challenges and sew alongs and have been madly sewing.

It looks like a lot, doesn't it! I've said it before, but I need more hours in each day!!!

On to this week's features...

An awesome quilt, added to the Quilting and Patchwork link party. If there was a pattern for this quilt, I'd be buying it, as I know a little someone who would LOVE this quilt! 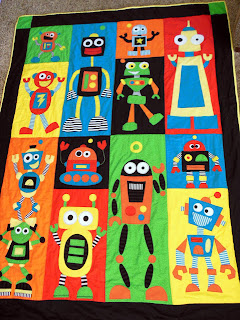 The Robot Quilt by Erin, from Hazel & Company 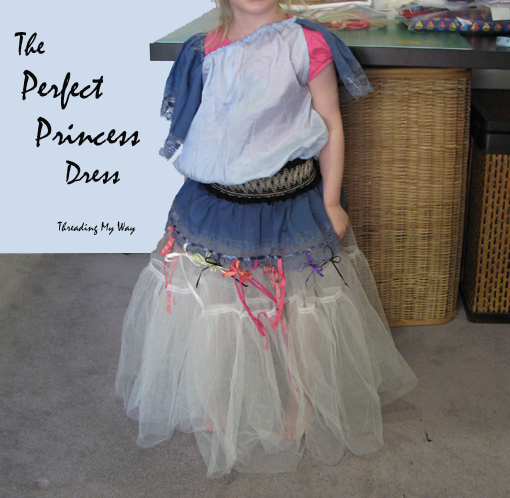 The dress up box is well used when the little people in the family come to visit. However, it was missing a Princess Dress. Here's how we quickly made one.

A comprehensive and easy to follow tutorial, added to the Girls' Dresses link party... 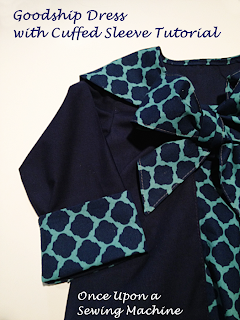 How to Sew a Cuff on a Sleeve by Donna and Rachel, from Once Upon a Sewing Machine 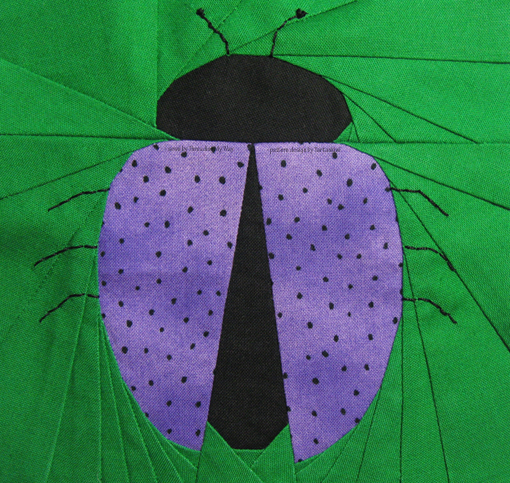 Yes, I've done some more Foundation Paper Piecing. This time, to test a 5" ladybird block, for Juliet, over at Tartankiwi. I love this little ladybird.

How to modify a Fabric Basket Tutorial to achieve a totally different look... 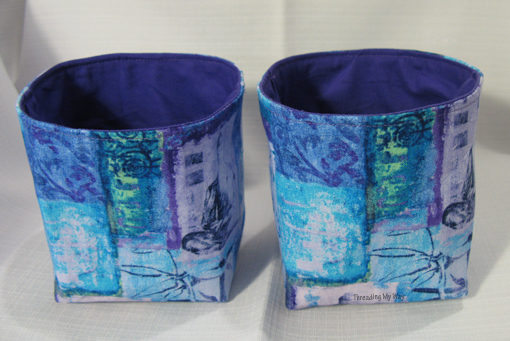 The blue and mauve baskets are made using my Fabric Basket Tutorial, yet they look totally different to the original basket. It's super easy to alter the tutorial to come up with a different look.

Last November, I was lucky enough to attend a class on making a Mariners Compass. The class was run by Chris, from Patchwork Fundamentals. If you look closely at the first photo on Chris' blog, I'm the short one with the mauve and purple Mariners Compass. If you think mine looks smaller than everyone else's, it is. That's because my compass is loosely pinned to the outside fabric, whereas everyone else had already sewn theirs. Most had already sewn the centre piece as well. I was most definitely the new kid on the block that day and the only one who had never done paper piecing before.

I attended the class with a friend and former work colleague and had lots to catch up on. Talking too much, may or may not have contributed to me not finishing... LOL!!!

As I began the day knowing nothing about Foundation Paper Piecing, I had a lot to learn. I thoroughly enjoyed the day and was very pleased with what I achieved. 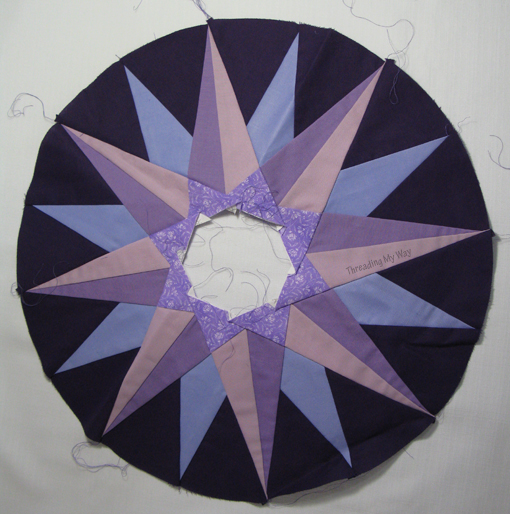 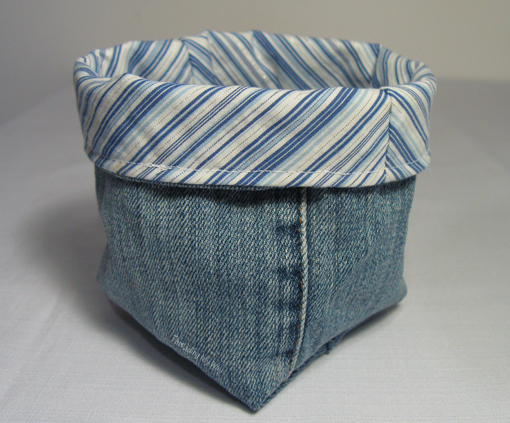