Last week I showed you my Petal Pocket Pillow; one of my all time favourite projects. 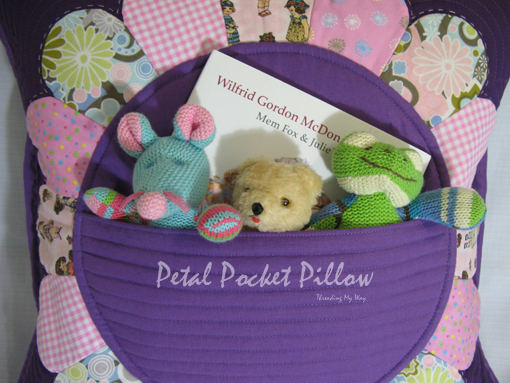 You can read more about my cushion here. I know I keep swapping between the terms cushion and pillow. To me, a pillow is something I put my head on at night to go to sleep, whereas a cushion is something I put behind my back for comfort while sitting on a lounge.
To me, what I have made is a cushion. I know, in many parts of the world, you would this call a pillow. What term would you use in your corner of the world?
So, why am I swapping between the two terms and calling it a pillow, when I see it as a cushion.
Language is evolving all the time. We certainly don't spell or speak the way William Shakespeare did. With ready access to the Internet, I wonder whether all English speaking countries will end up with the same spellings, colloquialisms, terms and expressions.

Here's a couple of ways Australians and Americans use language differently. Can you add to the list or give different variations for other English speaking countries? I find it fascinating to see all the differences.

It appears that the majority of the English speaking world calls the above picture flip flops. It was much easier to to find the picture I wanted when I searched with the term  flip flops... LOL!!!

I am in awe of those of you who speak English as a second (or third, or fourth) language. For a couple of years, I studied French and Latin at High School. I didn't mind the written component and used to get good marks, but when it came to actually speaking French, I was hopeless. Mr TMW and my sister used to tease me by speaking in French. I just couldn't keep up.

Thank goodness for Google Translate, which enables me to read blogs written in any language. Many languages give a good translation, whilst for some I just get the gist of the post. But that's OK, because a picture is worth a thousand words. 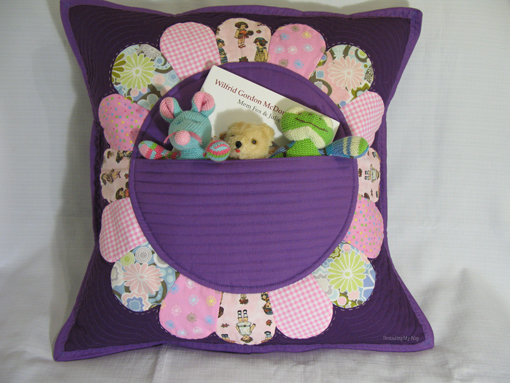 Whatever you call it in your corner of the world, I've entered my Petal Pocket Pillow into the 2 in 1 Challenge. Voting has begun, so head on over and vote for your favourite project.

Thanks, Rikka, for hosting another fabulous challenge. I'm looking forward to the next one...
... Pam
Email ThisBlogThis!Share to TwitterShare to FacebookShare to Pinterest