Cinderella is off to the ball... 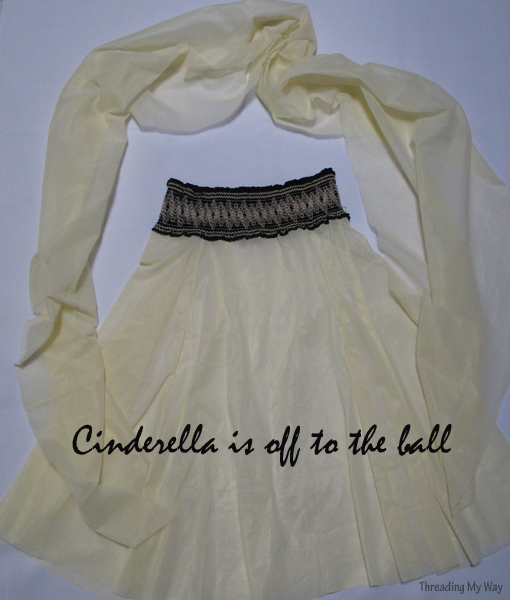 I thought it was about time I added to the Dress Up box. I was thinking a fairy outfit or maybe a princess outfit, but it was decided that a Cinderella dress was the way to go. 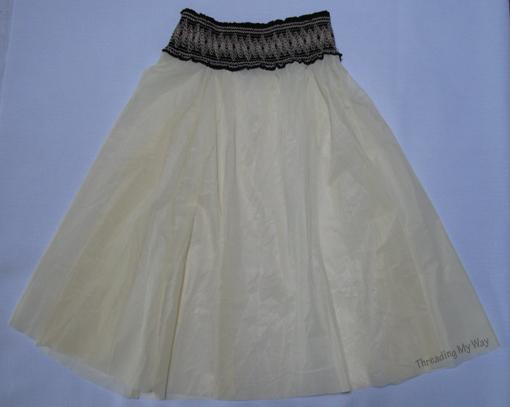 I interpreted Cinderella dress rather loosely and thought a skirt would be OK, so I dug out an old skirt that my daughter wore in a dance concert when she was a teenager. I know, I should have taken a photo of the old dance skirt, but I didn't. It was just three panels of sheer fabric sewn onto a waistband, with a velcro closure and one seam left open. Each panel was slightly narrower at the top than the bottom. 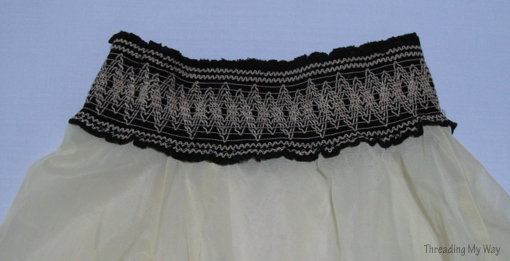 I was tempted to make the excess fabric from the skirt into a blouse, so the outfit would appear to be a dress. The teacher in me prevented this. A child's imagination is a wonderful thing and allowing the child to improvise while playing dress ups, is a great way to develop their imaginations.

A blouse can only be a blouse, but a long piece of fabric can be a shawl, a scarf, a belt or perhaps draped around the waist and tied in a bow at the back. The possibilites are only limited by the child's imagination. 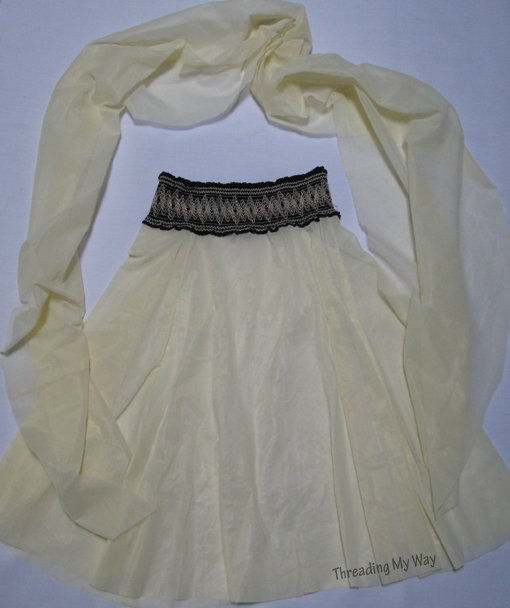 Cinderella is almost ready. Maybe we could add something to her arms. Yes, they look a little odd in the photo below, but I've attempted to make some armlets that could be worn as sleeves. 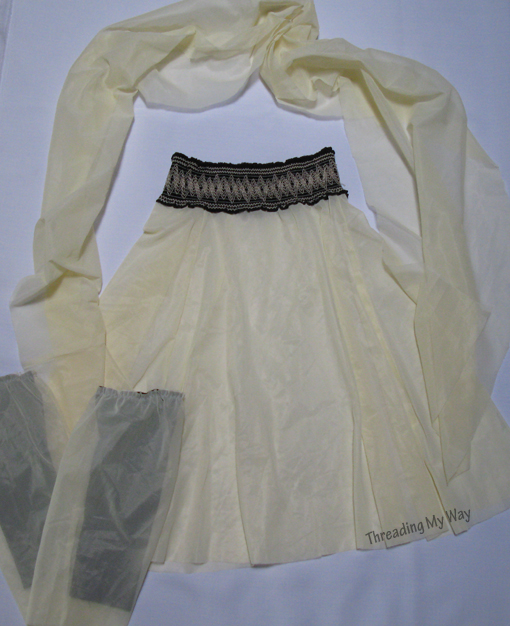 Whilst we want to develop children's imagination, they sometimes do unexpected things. Children should always be closely supervised when playing dress ups.

Have fun playing with your children as they role play and enter the world of make believe...