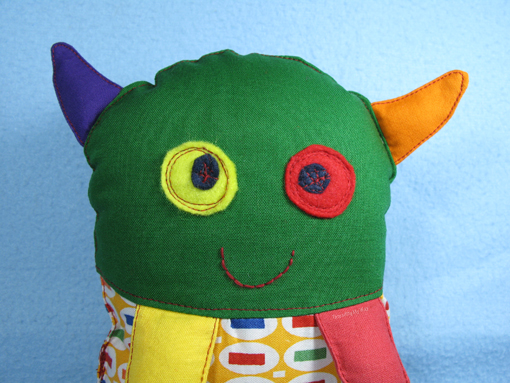 Isn't he cute!!! Meet, Monster Monster. Happy on one side... 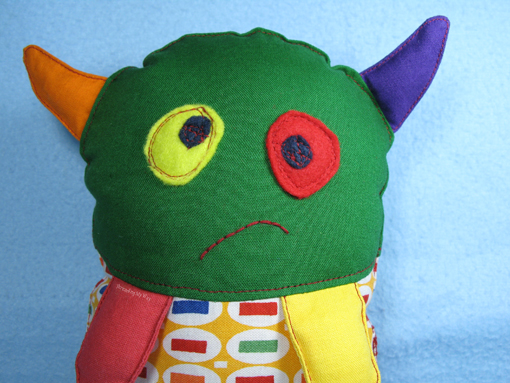 and sad on the other. That's right, he doesn't have a back as such. Instead he has two fronts, making him a good toy to help children express their feelings.

His eyes are a little wonky, but I rather think that adds to his appeal. The pattern provides perfectly formed pupils and shows how to cut and sew them, so they won't be wonky. 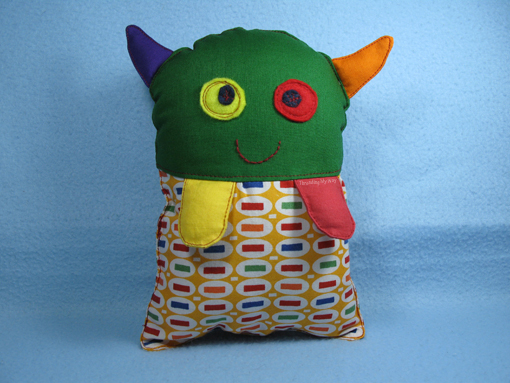 Monster Monster stands 8" tall and I've made him with bright, fun colours. He doesn't take much fabric and can easily be made from scraps.

Why do we tend to make Monsters male? I don't know, but Monster Monster just seems male to me. 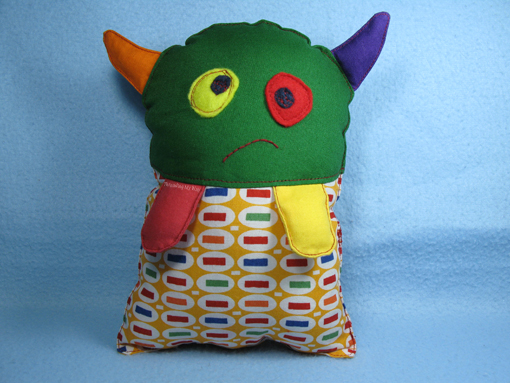 To make Monster Monster, I've used a pattern by My Funny Buddy. The pattern is detailed, easy to follow and has photos for every step. I've added extra reinforcing to make sure he doesn't come undone, no matter what rough and tumble he gets up to with his new owner... 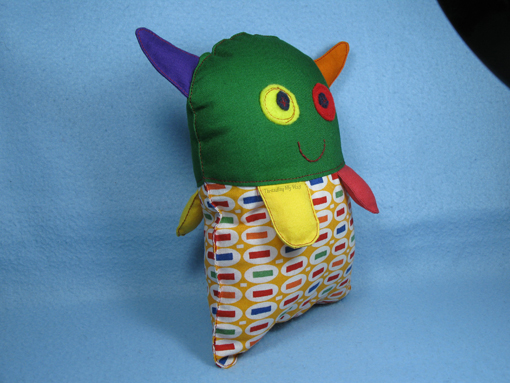 It's amazing the amount of stuffing one little monster requires!!! By the looks of it, I could have added more, or perhaps I've forgotten to notch or snip some seams, although I'm sure I did them all. Maybe the extra edge stitching has caused the puckering??? Whatever the reason, I don't think the new owner will even notice.

Monster Monster has been made to help a child who has been affected by parental substance abuse. Every year Meet Me At Mikes runs Softies for Mirabel, a handmade toy drive. Toys can be knitted, crocheted or sewn. More details over at Meet Me At Mikes. They are accepting toys until 30th November. 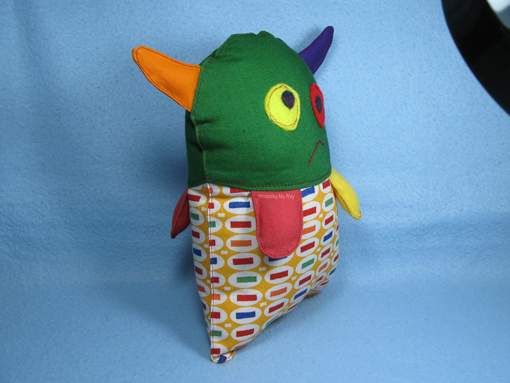 Thanks, Erin, for the fabric used to make Monster Monster's body. It's just perfect to go with the bright colours on the rest of him. I still have most of it left, but sadly, Monster Monster is going to be an only child. Toy making is not my forte! Making horns and arms is as fiddly as making dolls' clothes... not hard, just time consuming. And making sure nothing will come undone adds another level.

Mind you, now that Monster Monster is finished and sitting on my desk watching me, I could be tempted. It won't be this year, though. I have a Christmas list I'm working my way through and Sandra is keeping me on task.