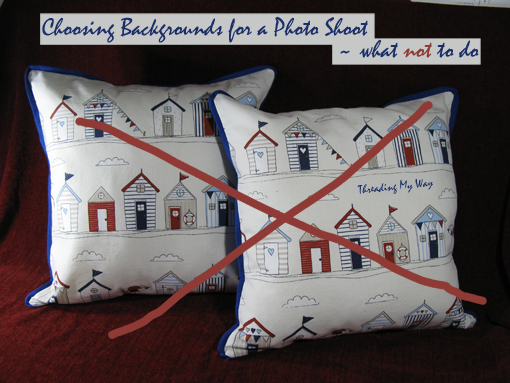 I know next to nothing about photography and taking great photos. Sometimes, I'm lucky and I can fluke a good shot, but it's definitely a hit and miss process. 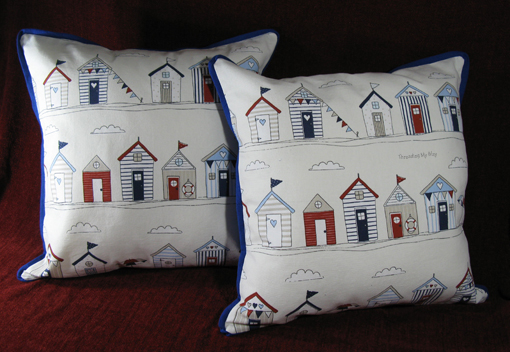 When I started taking photos for the Beach Hut Cushions tutorial, I thought I had the perfect backdrop; a maroon blanket. My thinking was that the blanket colour would pick up colours in the cushion and secondly, it was a blanket that one might use on the lounge with these cushions.

Wrong thinking!!! I only took two photos with the maroon blanket. Just looking at them on the camera's LCD screen was enough to see that the background was way too dark. 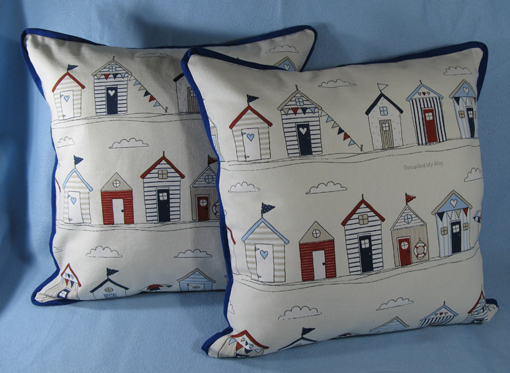 Mr TMW had suggested a light blue background... can't remember the explanation he gave, but there was a technical reason for the light blue. I was surprised at the difference between the two photos. Not only is the background lighter, but the cushions themselves are lighter and show up better.

I didn't end up using the photo above, in the actual blog post, but I've included it here, as the photo is taken at the same angle and with exactly the same lighting, as the one with the maroon blanket. 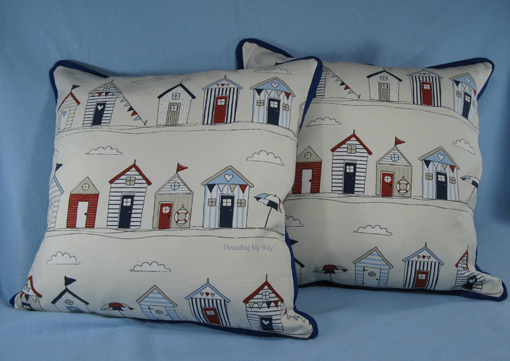 This was the photo I ended up using, because there's less shadow in the background and the angle looks better.

The photo I was most pleased with, however, was the shot of the back of the cushions. It was a pure fluke!!! Now I have to figure out just why this photo works. Either that, or just keep playing.

Most of you are probably painfully aware of how the background colour can change the whole photo, but I wasn't. This is definitely not a how to on photography, just something I learnt by chance.