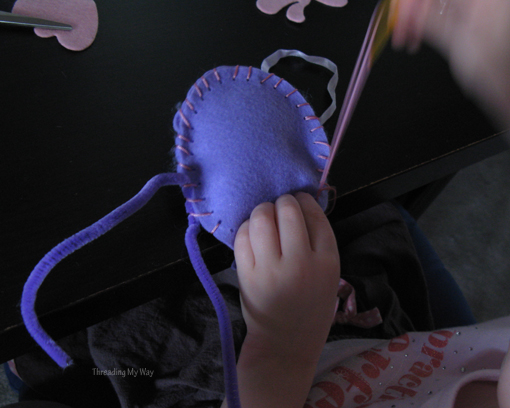 Walking through Spotlight not so long ago, I spied a Felt Sewing Kit for kids, suitable for ages 3 and up. It looked like it would be a good little project... easy to finish and everything included in the kit. 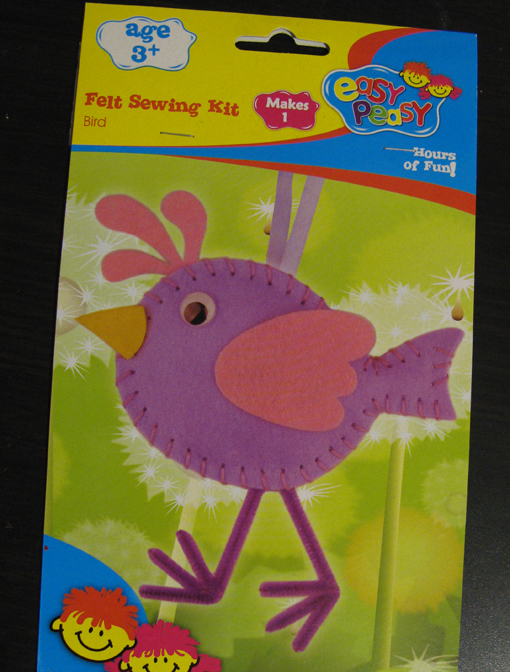 The needle is like a darning needle, but made of plastic. Little Miss had used one of my darning needles on two previous occasions, just sewing thread through fabric. The first time was on a scrap of fabric. The second time was on one of the outfits in the dress up box; the Cinderella skirt. I didn't take photos of either, but they were just random stitches. 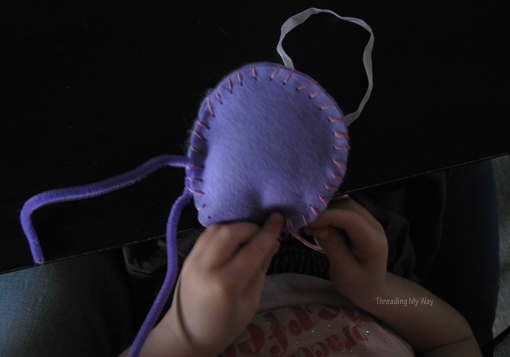 The felt bird was a much better idea, as Little Miss could see from the picture, what she would be producing. The holes made it obvious as to where the needle had to go.

After a quick demo, all I had to do was thread the needle, knot the thread to start and finish each time more thread was needed and help with the legs.

She missed a couple of holes, but I said nothing. Little Miss pointed it out at the end, but we both agreed it didn't matter. 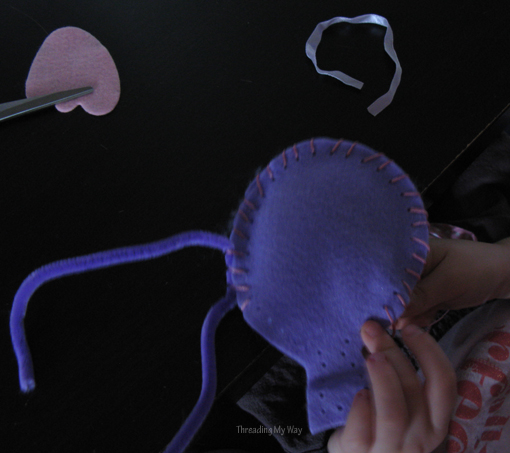 Maybe I inserted them the wrong way, but the legs on the bird ended up being a bit wonky. And I was lazy and didn't cut the wire to make feet.  The wings, eyes and beak had to be glued on. Next time, I think I would put holes in the wings and beak so they could be sewn on. For just a few dollars, it was a great way to introduce sewing to a little one. Little Miss and I both enjoyed ourselves!

Sorry, there's no photos of the finished bird. And no, I'm not being sponsored by Spotlight.