Sewn by YOU ~ Fabric Baskets

When I started this little blog, I had no idea that so many people would look at my sewing tutorials, let alone use them to make their own projects. Fast forward many years, and I still get a thrill every single time I see a photo of something made by using or modifying one of my tutorials. 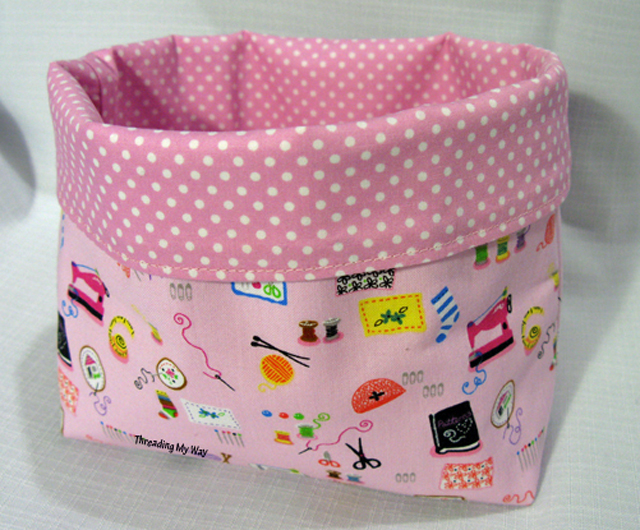 My Fabric Basket Tutorial was written in 2012, less than 12 months after I began blogging. It's had 279,000 views and been Pinned 75,000 times. I find those numbers mind boggling, but seeing a basket made by one of my readers far surpasses that.

As you know, this year I had an absence of several months from the blog. During that time I checked in on Facebook - even though I may not have been posting - and I sort of kept up with Instagram. Pinterest, however, didn't get a look in.

When I did go back to Pinterest, I found what I thought was a new thing. People had posted photos of items that they had made under some of my pins, along with comments. Now, it's not a new thing, as some of those photos were added a long time ago.

Those people must have thought I was very rude, as I didn't even acknowledge their photos, let alone comment. I belatedly caught up!

Today I thought I'd show you three of my favourite baskets that were added to Pinterest. 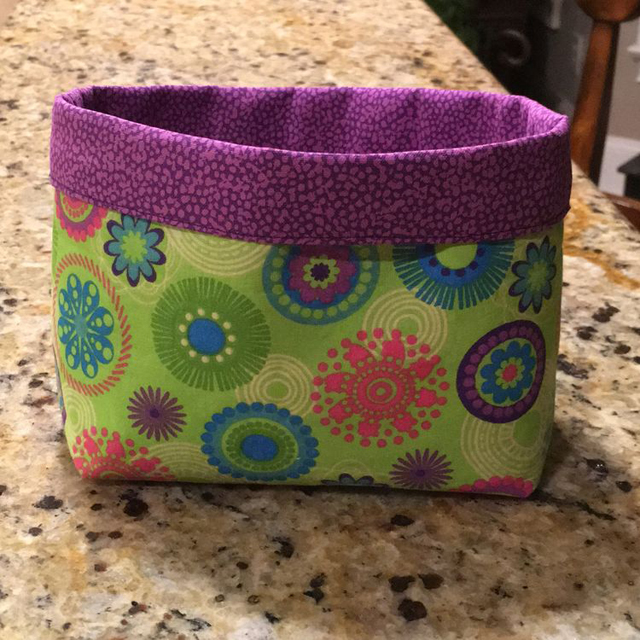 Patty has co-ordinated the bright, fun fabric perfectly. Purple - it's one of my favourite colours. She commented... So easy. Great tutorial. 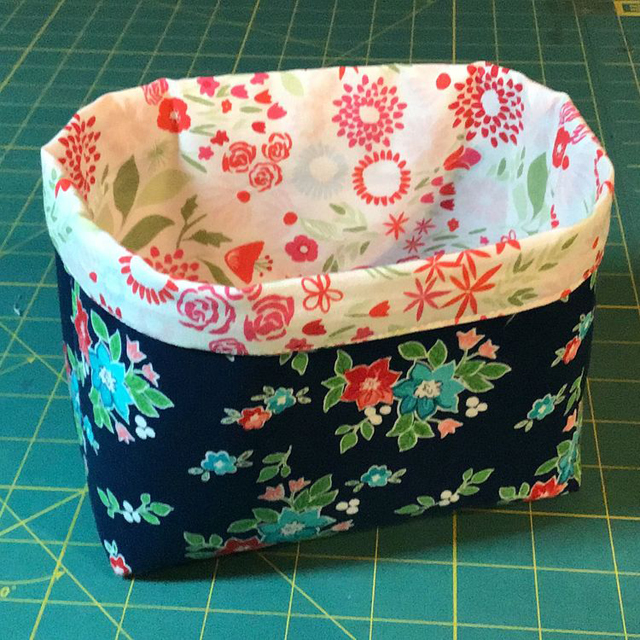 Chris commented... I have been making baskets like this for a while now however mine never turned out exactly right. I’m always a bit embarrassed to give them to someone as a gift. Your pictures and instructions all of a sudden made a big difference! Thank you so much!

I would never have thought to put two florals together. Chris' floral combination works beautifully.

Learning is a two way street. I now need to go and play with florals to see just what it is that enables two florals, of roughly the same size pattern, to co-ordinate so well. I think it must be to do with one being dark and the other light. 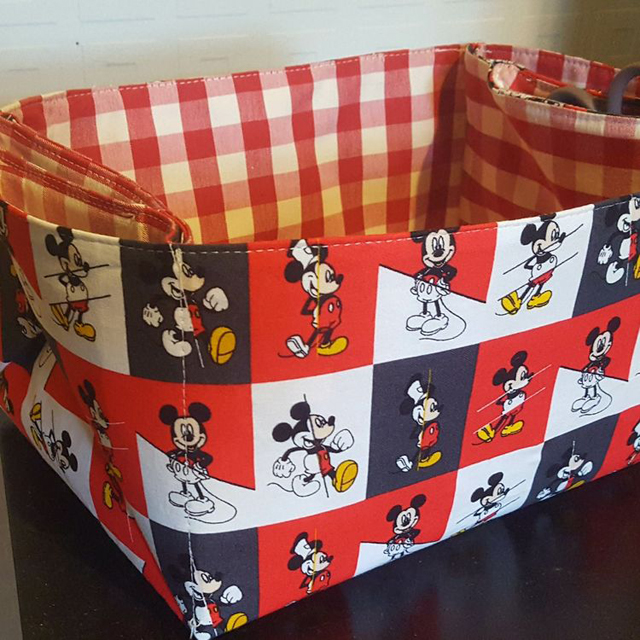 Maria modified the tutorial to add pockets... I added pockets at each end just by bringing the corners round and sewing them back onto the box. Such a clever idea!!! Another thing for me to play with, and a new technique to learn.

Fabric choices can make or break a project. For some, choosing the right fabrics is something they are instinctively good at. Others, like me, have to work at it. Over time, I find that I am getting better at co-ordinating fabrics - practise makes perfect! Ha, ha.. I'll never be perfect, but my skills are definitely improving.

Do you find it easy to put fabrics together?

Fabric baskets are one of the easiest things to make. If you can sew a straight line, you can whip up a fabric basket. The Fabric Basket Tutorial will show you how to make the baby shower basket, pictured above in green, and the pink sewing basket.

For more inspiration, check out the Fabric Basket link party here at Threading My Way, have a look at some of my makes, or head on over to Pinterest.