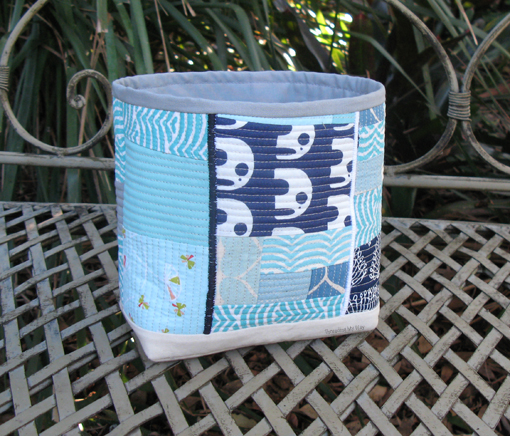 I've just finished my latest fabric basket, this time made with trimmings from Umbrella Prints. Last year I had good intentions of entering the annual Umbrella Prints Trimmings Competition, but my crazy patchwork zippered pouch didn't make the cut off date. This year I've finished a QAYG fabric basket with a few days to spare. 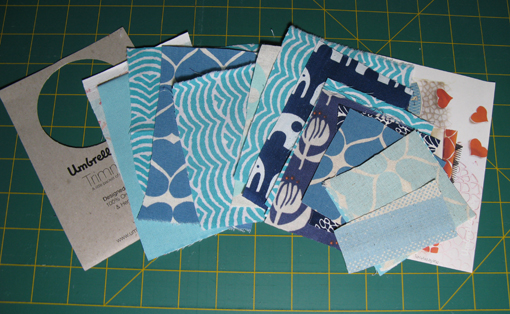 Same as last year, I chose to make something with blue trimmings. I've long admired the quilt as you go (QAYG) projects made by Ros, from Sew Delicious:
and thought these small pieces of fabric would look great made into QAYG panels. 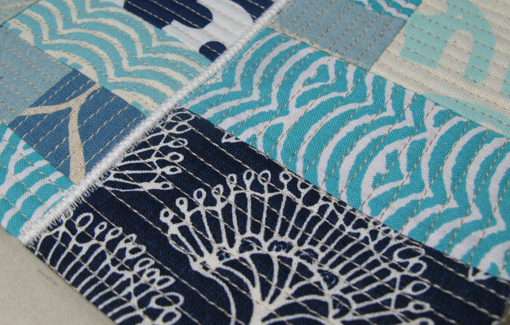 Using the QAYG Patchwork Panel Tutorial, by Oh Fransson, I joined my fabric pieces to make two panels, only needing to add four small pieces of grey and bone fabric from my stash, as well as two larger pieces which form the base of the basket. 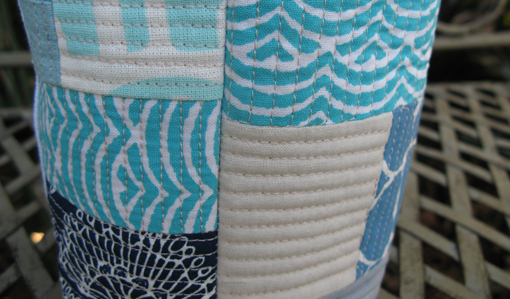 My quilting lines are 1/4" apart, so there's a fair amount of sewing involved, but it's a really easy process and doesn't take that long. The end result is worth any time involved. The stitching lines could definitely be spaced further apart to speed up the process. I'm not sure why I decided on 1/4", but once I'd started there was no going back. Before I added the bone fabric that would form the base of the basket, I sewed two pieces of piping cord to each panel. They are simply attached with a wide zig zag stitch, sewing over each cord several times. As well as being visually appealing, the piping cord adds a little extra structure to the bag. Not that the basket needs structure, as the QAYG and batting make for a basket that stands up well by itself. 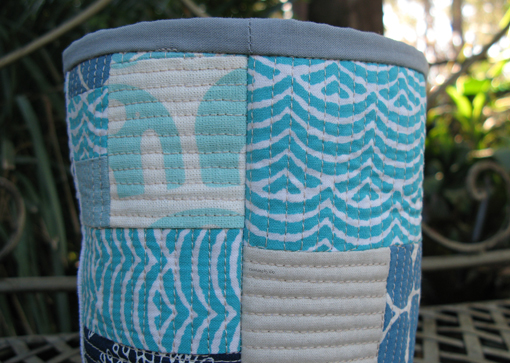 The quilting lines that end up being on the base of the basket are spaced further apart, about 3/4". There are actually two layers of batting in the base. This was done to hide the ridges of piping cord. For the bulk of the QAYG I used my regular presser foot and turned the presser foot pressure way down, as per Oh Fransson's tutorial. The walking foot came out for quilting the double layers of batting, though. 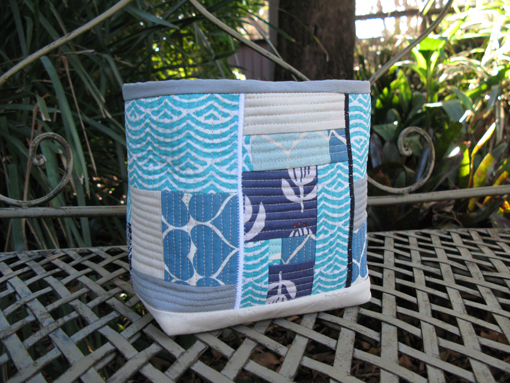 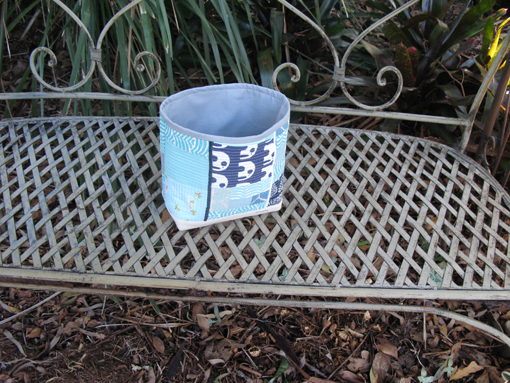 I really like the quilt as you go technique. It's not hard to do, it looks so effective and it's a great way to make something using left over scraps of fabric. You will most certainly see me making lots more projects using QAYG!

I'll be adding my new fabric basket to the ongoing Fabric Baskets link party, here at Threading My Way.