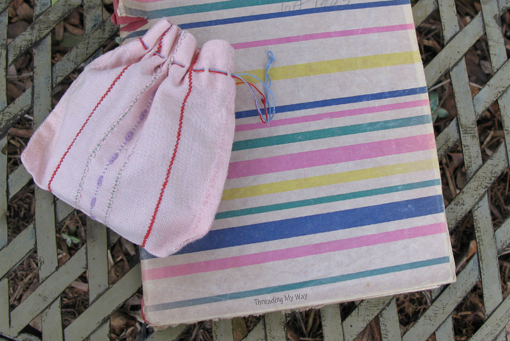 I've often referred to the sampler book I had while at school and lamented the fact it no longer existed, or so I thought. Doing a clean up not so long ago, I found it!!! I still have my old Sewing Sampler Book!!! I was so excited when I found it tucked away with other bits and pieces. The sampler book fills in some of the gaps in my memory, but also confirms the way I remember the beginnings of learning to sew back in the 60s. 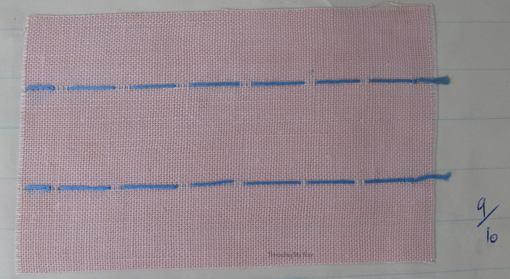 I began glueing examples of sewing into the sampler book when I started sewing in school at 8 years of age and used the same book until I left Primary School at the age of 12. The first sample in the book is this tacking (basting), which earned me a mark of 9/10. Many of the daily things we did at school were graded with a mark. 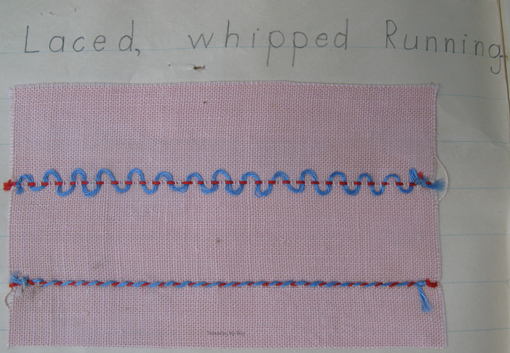 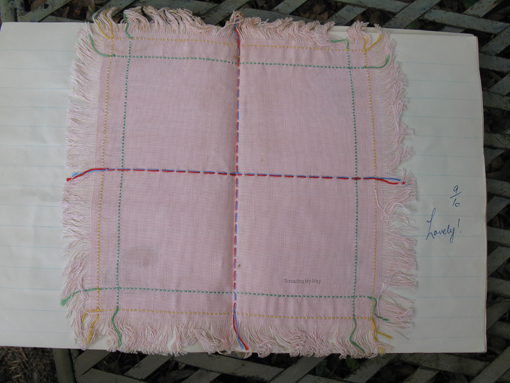 We also learnt to knit, beginning with a washer (face cloth). I can still remember that square, blue washer, full of dropped stitches. I doubt that I ever used it, but within 3 years, I had knitted a jumper (sweater), also blue, which was given to the Red Cross.

Can you imagine doing a buttonhole by hand? It's certainly a lot messier than the ones I make now-a-days with an automatic buttonhole foot. Ha, ha... Mrs Club mustn't have thought it was up to scratch, either, as she only gave me 75/100. I don't know if I ever had to make one by hand on an actual garment. I doubt that I could sew a buttonhole by hand now! 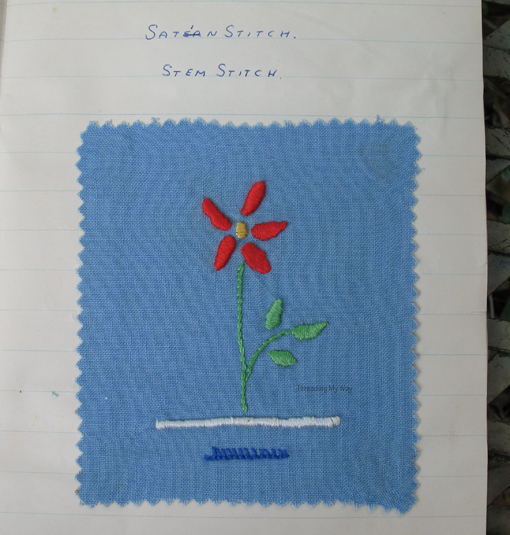 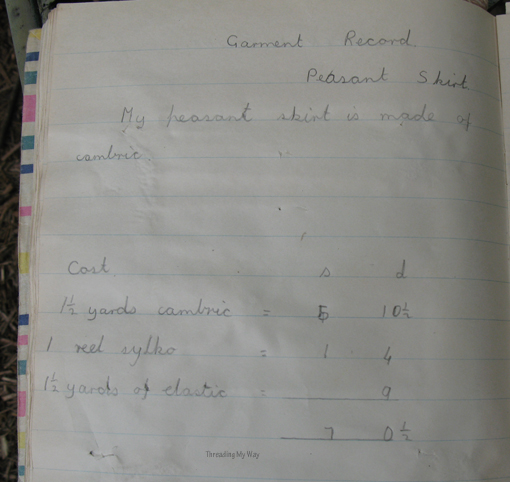 We completely hand stitched a skirt in our 3rd year of sewing. I was very proud of that skirt. As you can see, it was a peasant skirt, which was just a gathered skirt. It cost 7 shillings and half a pence for the materials... well, that's what Mum paid for them. Is cambric a fabric people sew with now? I can't say I recall the name. 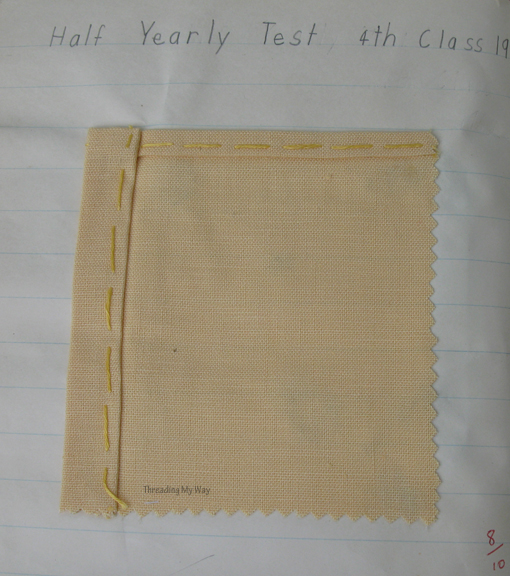 As well as many items being marked as we made them, we also had half yearly and yearly sewing exams. It was an era where you were continually compared to the rest of the class, from a very early age, as well as each class being graded, too.

Not everything in the book has a mark. Perhaps I was slack at handing it in. I do remember there were a lot of girls in the class, so perhaps Mrs Club ran out of time. All the girls in the class, or perhaps it was two classes, used to go down to Mrs Club's room for sewing once a week, while the boys did basket weaving. Over the course of four years the boys must have produced a lot of baskets or perhaps they learnt other crafts as well. I wonder if they were tested and marked on their basket weaving skills? Everything else was, so I suppose so. 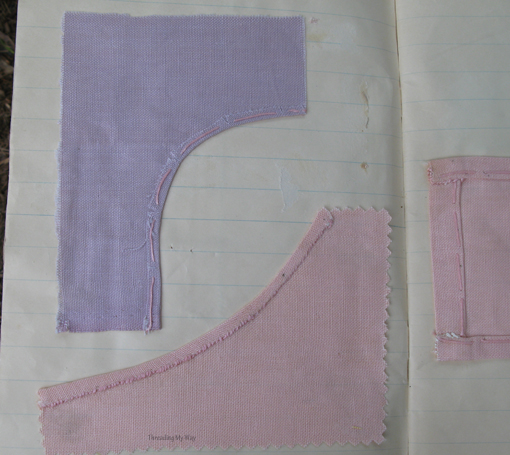 With the heavy emphasis on marks, you tend to grow up thinking there is only one way to do things. Mrs Club most certainly gave me a good grounding in sewing, but the more I sew, the more I realise that her way is not necessarily the only way. I'm sure others questioned this long before I did!

What I did notice when looking through the book, is that most of the samples in the beginning are sewn with what appears to be thick cotton thread. This is what I'd expect for the embroidery, but even the hemming is done with thick thread. It looks rather like Perle cotton. The wooden spool Dad made for me still has thread remaining from those days. Who knows why we didn't use thinner thread at first, but later on in the book, I can see where we did move to thinner threads. 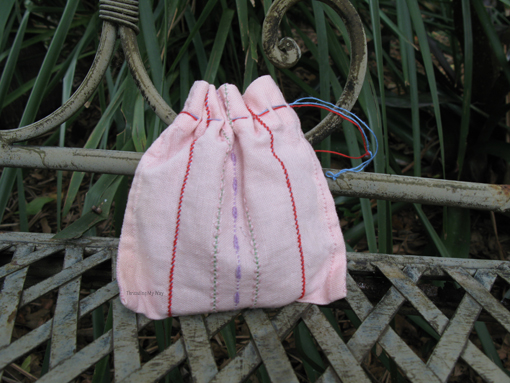 These are just a few of the samples in the book. There's way too many to show them all to you now.

The drawstring bag is not a sample from the book, but there's a reference to it as being one of the items I made towards the end of my first year's sewing. It's all hand sewn with tiny, tiny stitches. The seams are even neatened by hemming and hand stitching in place. Have a look at an earlier post if you'd like to see a close up of the insides of the embroidered drawstring bag showing  the type of stitching that was expected of us.

I am so pleased I found my old sampler book. As well as allowing me to reminisce, it really is a valuable resource, showing how girls learnt to sew in the 60s.