Drawstring Bags ~ and an Update

I've had quite a break from blogging - longest time not blogging since I started this little blog in 2011. 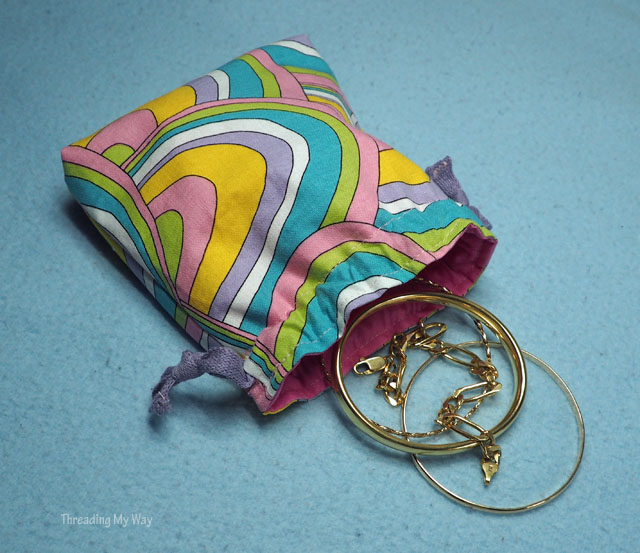 I haven't done much of anything, really - haven't been in the right head space.

Add the effects of the devastating bushfires, and it's been an unsettling few months to say the least.


I'm sure you've all seen photos, and read of the destruction caused by these unprecedented wildfires.

We are close enough to have had burnt leaves and ash falling at times, but far enough away that we haven't experienced or seen fires.

We lived with constant smoke - at times it has been 11 times hazardous level for us. It's MUCH, MUCH worse in other areas - 22 times hazardous in some areas, and that's not where the fires are. Finally, for us, it's now at a low level. We've even had some days recently that have been smoke free. Not elsewhere, though.

There are still many, many fires burning in Australia at the moment.

I, like most of the country, feel a sense of helplessness.

At least 30 people have been killed in the fires across Australia this season - five of those being volunteer firefighters from Australia, and just the other day, three firefighters from overseas. More than 2000 homes have been destroyed and hundreds of thousands of people have been evacuated from their homes. Millions of hectares of land have been destroyed - more than twice that of the Amazon fires in August 2019.  It is estimated that more than a billion animals have died around the country, with experts concerned about the future survival of some species.  These figures may well be higher now.

Much disinformation has been spread by certain sections of the media. From there it has further spread, far and wide by social media.

The tragedies that have unfolded have, in the main, shown the best of humanity. Good stories abound of people helping others. But it also brings out the worst in some.


Australia is on fire. And the summer there has only just begun. 2019 was a year of record heat and record drought. Today the temperature outside Sydney was 48,9°C. 500 million (!!) animals are estimated dead because of the bushfires. Over 20 people have died and thousands of homes have burned to ground. The fires have spewed 2/3 of the nations national annual CO2 emissions, according to the Sydney Morning Herald. The smoke has covered glaciers in distant New Zealand (!) making them warm and melt faster because of the albedo effect. And yet. All of this still has not resulted in any political action. Because we still fail to make the connection between the climate crisis and increased extreme weather events and nature disasters like the #AustraliaFires That has to change. And it has to change now. My thoughts are with the people of Australia and those affected by these devastating fires. (Photo: Matthew Abbott for The New York Times)
A post shared by Greta Thunberg (@gretathunberg) on Jan 4, 2020 at 10:12am PST

Some people are saying nothing's changed - we live in a country of extremes and that there have always been droughts, floods and fires.

These fires are unprecedented. Sources: The Guardian, The Guardian And those articles were written in December of last year!

A climate change study from 12 years ago warned of this horror bushfire season.


Sadly, many are not making the connection.

Yes, we as individuals can make differences. However, the scale of change needs to be extensive and wide-spread, and at this time it is in the hands of politicians. Politicians who seem to more interested in power and getting re-elected, than doing anything other than paying lip service to making effective policies to slow down the speed of climate change.

Thing is though, WE vote for the politicians!!! Collectively we can change who is in power. And the problem is not just in my country. 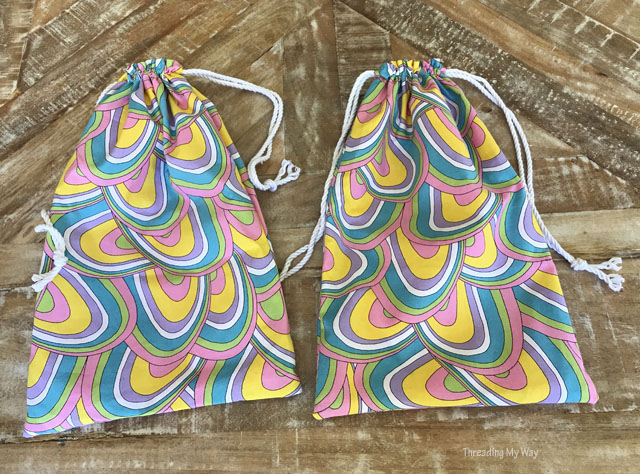 As Arnie said... what have we got to lose by lowering emissions, cleaning up the planet....? Even if all the climate scientists are wrong, we'll end up with a "smarter, cleaner, healthier, more profitable energy future". On the other hand, if the climate scientists are right (and I believe they are), we have one hell of a lot to lose if we don't act.

Back to sewing next time!

I've begun to write this post several times, but have found it very hard. How to write it? Does it belong on a predominantly sewing blog?

The extremes of weather around the world are becoming more frequent.

I don't want my children and grandchildren to live in a world where extremes become the norm. And so I have publicly spoken up.

I have been sewing in the background - not a lot - just a bit here and there. I referred to these drawstring bags back in November of last year.

The bag in the top photo - I made two - was sewn as a little jewellery bag, using my Gift Bag tutorial. The last two bags are made much the same way, but with the sizing changed and without the boxed corners.

It feels good to be back. Time to start reading my favourite blogs again.

What have you been up to in my absence?