Why do Some Projects Just Stall and Others Don't?

Why is it that some sewing projects are plain sailing from start to finish, whilst others seem to take FOREVER to complete? And, of course, there's those half finished items that may never see the light of day again. 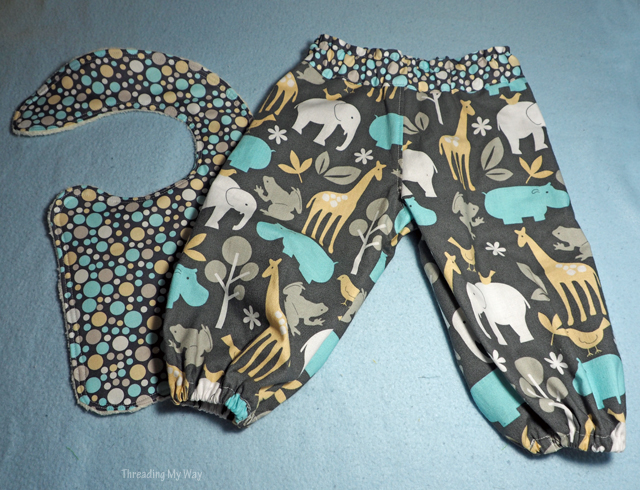 Way back in July I began sewing baby items for charity... 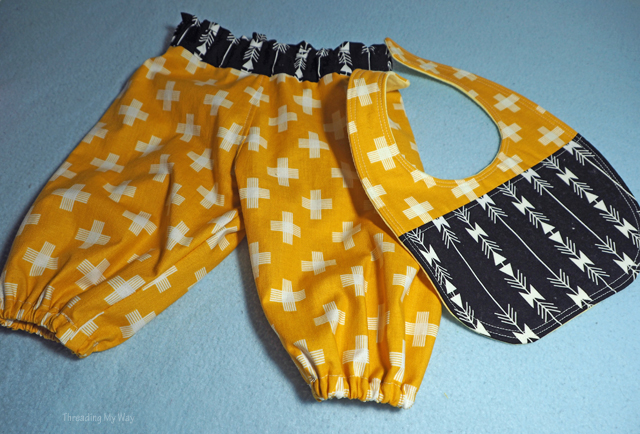 I was on a roll churning out items in support of Sewing for Charity Australia and  Giving Grannies - until one spool of thread on the overlocker (serger) ran out without me noticing, and that meant rethreading the machine! 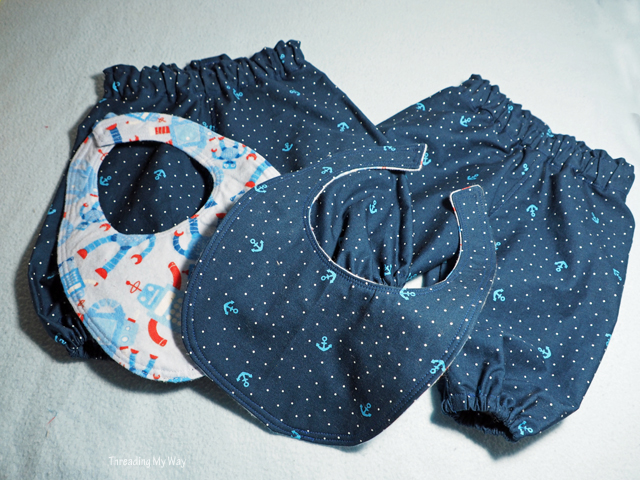 And that was enough to bring sewing to a stop - on the harem pants at least. It's a bit fiddly to thread, but in reality, it only takes a few minutes.
Even when I did get around to threading the overlocker, I found I'd lost all interest in finishing the harem pants.

I'm not totally sure why. It's a great pattern. They're easy to sew. And they look super cute when finished.

Even with Sandra motivating me from the sidelines, those pants just sat on my desk waiting to be finished. 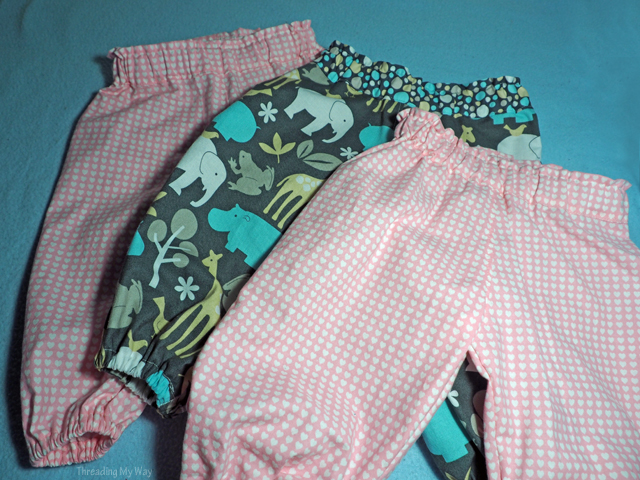 In dribs and drabs I pushed myself to do the last of the sewing, and now they're done!!! It was such a relief to finally have this sewing job over and done with.

All up, there are six pairs of baby harem pants, all with matching bibs. Plus there's a seventh bib - Ha, ha... I cut out another pair from the zoo fabric, but unfortunately the animals were upside down.

I'm thrilled with how they look, and wondering why running out of thread made me come to a complete stop. 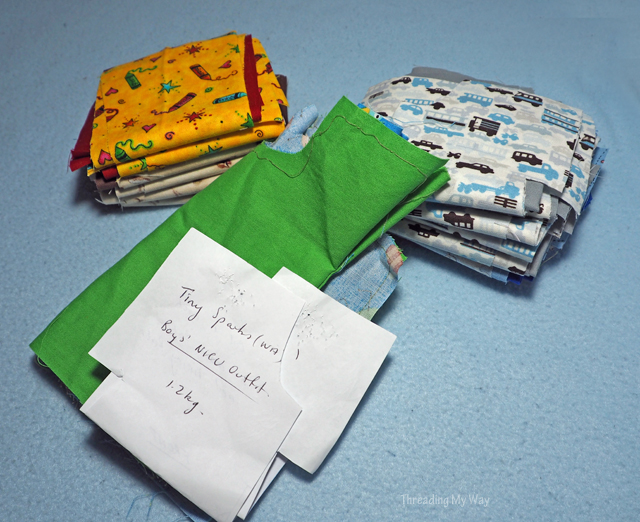 Just before I started on the harem pants, I also cut out 15 Boys' NICU outfits. 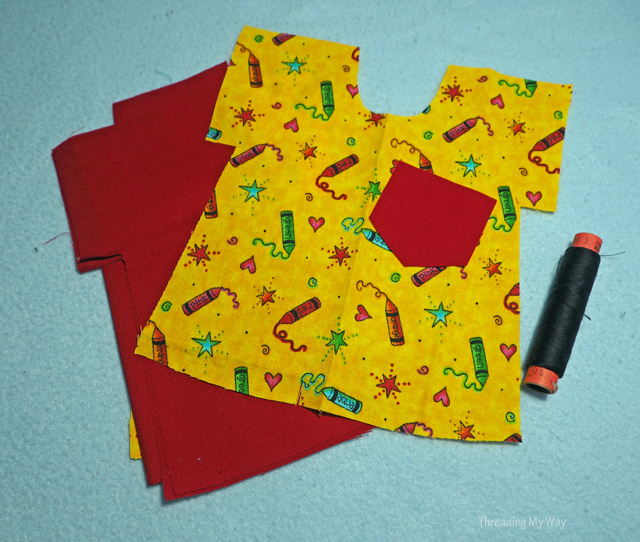 As they are made for babies weighing 1.2kg, they are tiny. The cotton reel gives a little perspective. 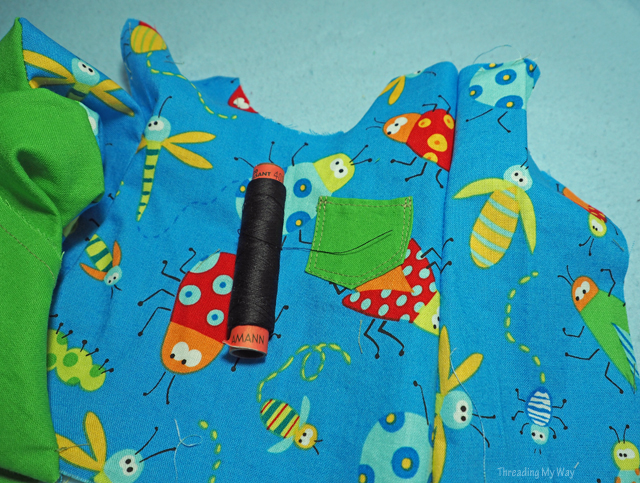 Can you see where I went wrong with the first one? Yep, I sewed the right side of the outer, to the wrong side of the lining!

Unpicking!!! I hate unpicking. I did about half, and that's where that project stalled, even though, in reality, they are not hard to sew.

I haven't been able to drum up enthusiasm to tackle these little tops. I thought about just leaving them packed away, but I've decided to send them off to Sewing for Charity Australia as is. Someone else is going to sew them up, and then they'll be sent off to Tiny Sparks. 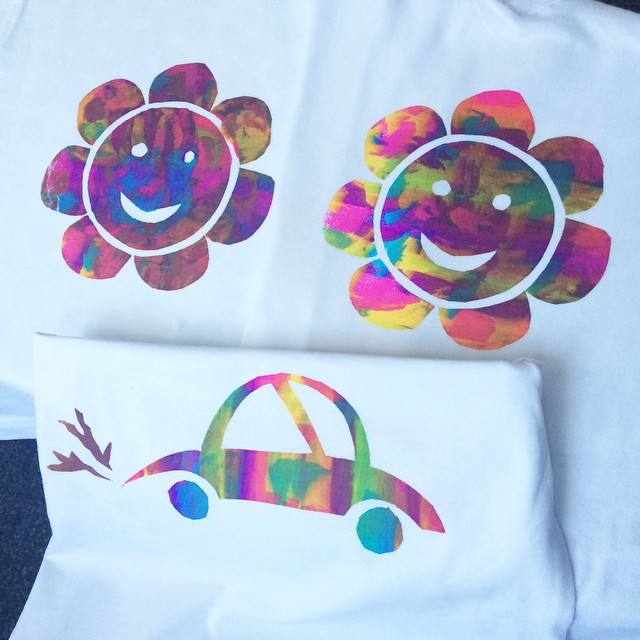 Well over a year ago, Little Miss and her Mum silk screen printed the flower faces onto t-shirts... 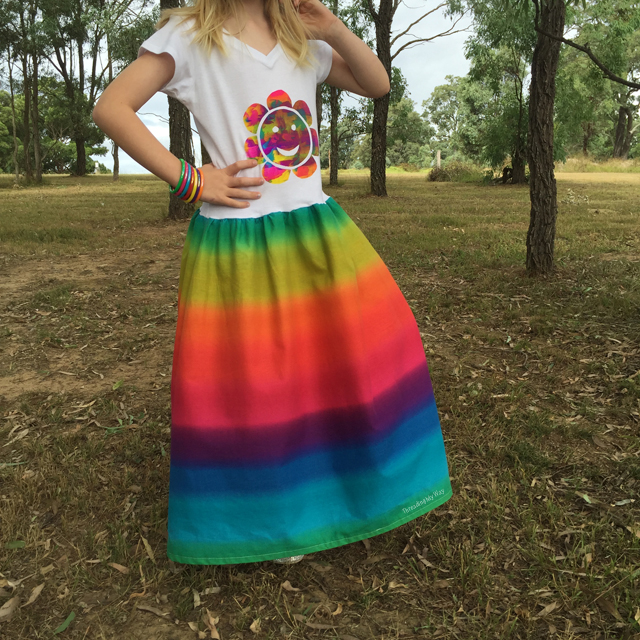 ... and I turned one of them into a maxi rainbow t-shirt dress. Little Miss loved it! Me, not so much. I wasn't entirely happy with the wavy part where the t-shirt meets the skirt. The original post details why this happened.

It was always intended that I would make another t-shirt dress with the second t-shirt - as Little Miss said, For a little girl who doesn't have many clothes.

Good intentions on my part, but I baulked at two things... Yep, that wavy effect, plus working out the measurements for a different sized dress.

My solution... I'm giving the t-shirt and the uncut fabric to Sewing for Charity Australia to do with as they see fit.

I can now cross three things off my To Do list, and it feels good!!!

I do think that I need to stop cutting out so many projects at a time. I'm full of enthusiasm when I first think about a new project, but with time, some of that enthusiasm wears off, if not disappears completely.

What makes you stall, or come to a complete stop, on certain projects?