How to Repair a Large Rip with a Sewing Machine

What do you do when your son presents you with a pair of shorts that have a huge rip? Said son felt the tear was too large to mend. Even if I could fix it, he thought the repair would cause the shorts to be tighter than they already were.

Leave it with me, I said. I couldn't make the rip any worse, and the shorts weren't wearable as they were - so, nothing to lose. 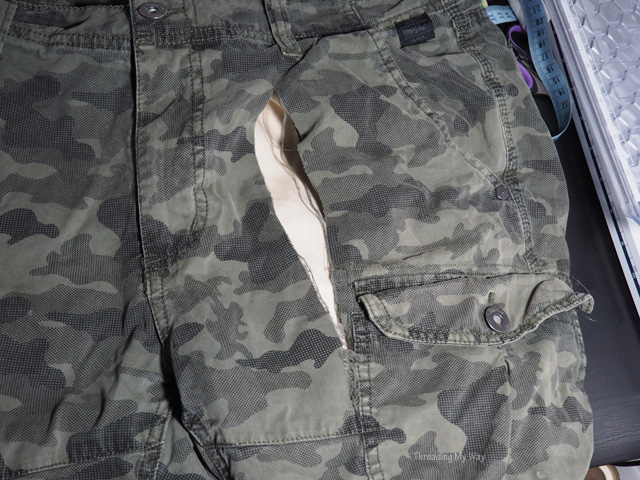 Even though the rip was 9" in length, the fabric around it was showing no signs of wear. I think the shorts were simply too tight, and tore when he bent over. 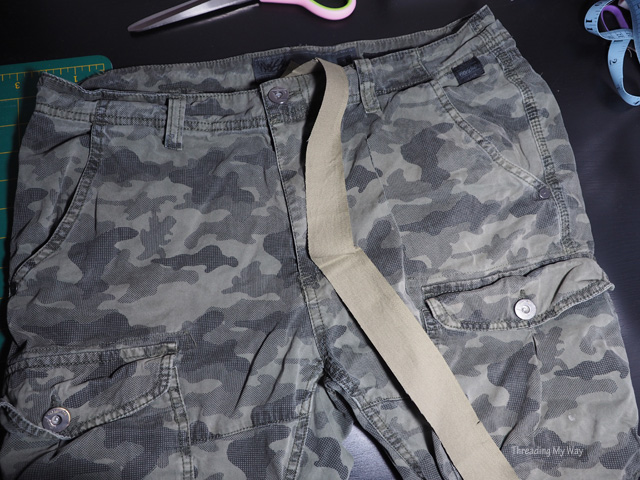 First thing was to find a suitable fabric to use as a patch behind the tear. I chose a sturdy cotton duck - not quite the right colour, but it will only be seen on the inside. 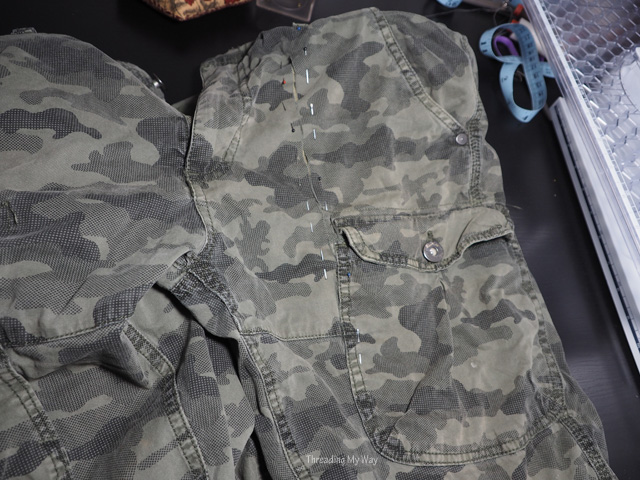 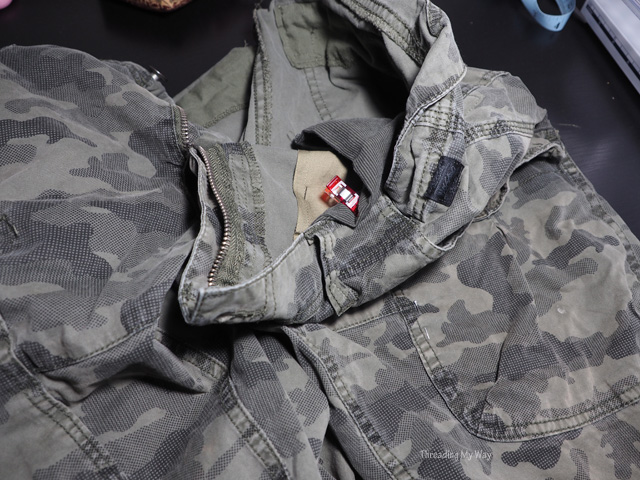 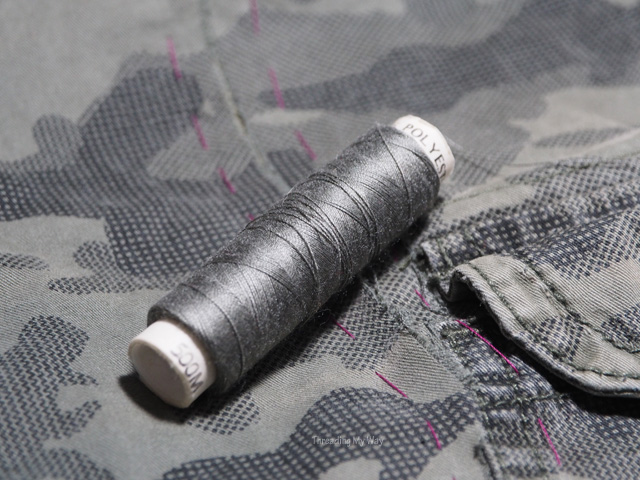 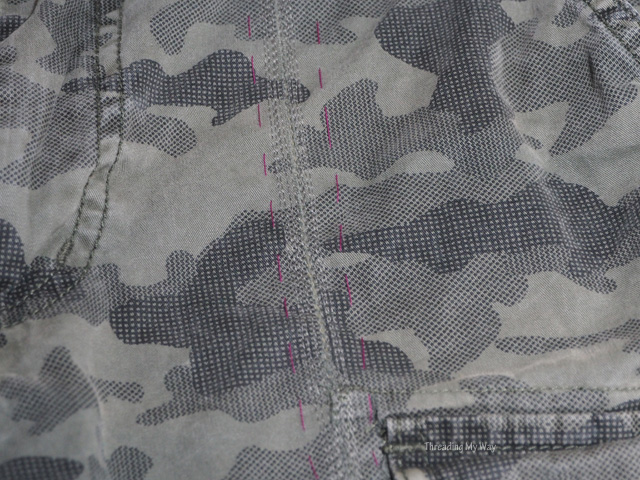 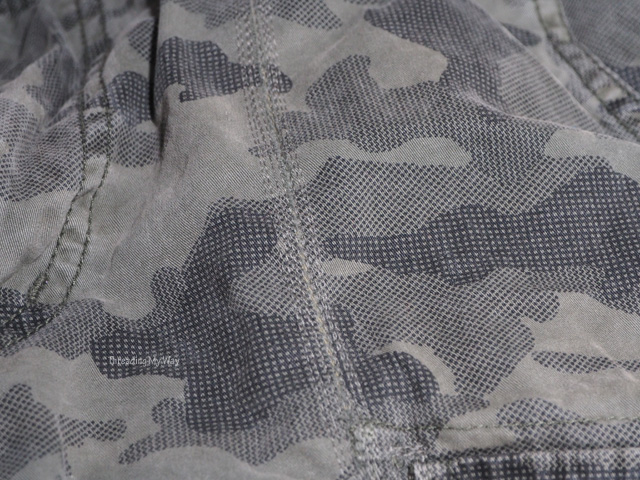 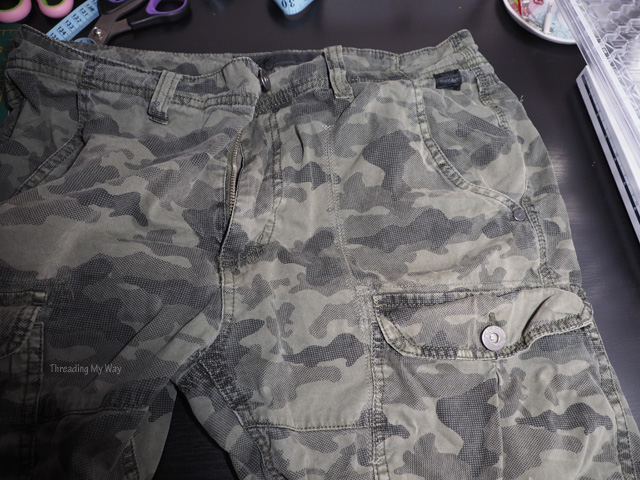 This is a very durable way of mending a large rip in a pair of pants. The stitching is visible, but it's not going to rip again in the same spot in a hurry.

The camo pattern on the fabric lends itself to this type of repair. Without the pattern, the darning would be more visible. My aim was to try and make the repair end up looking like one of the seams. If my thread colour had been more of an olive colour, the same as the seams, I would have been more successful. Still, I don't think I did too badly.

On a pair of jeans, a repair such as this gives a distressed look, especially when done in a light coloured thread. You could even use a contrasting thread colour and make a feature of the repair.

Mr TMW suggested I rip the other side of the shorts, to make them symmetrical. Good idea, but I declined. 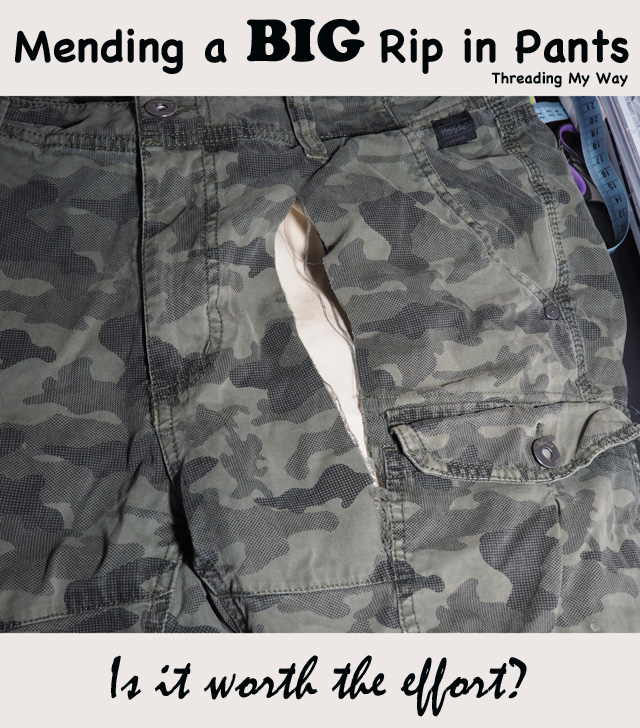 What do you do when faced with a rip as large as this?