When I attended the recent quilting retreat, I knew I'd need to take along a cushion, both for comfort and to give me a little extra height. I'd deliberated for some time over what to make with one of the projects from the previous year and decided a cushion would be the perfect way to show off the appliquéd leaves. 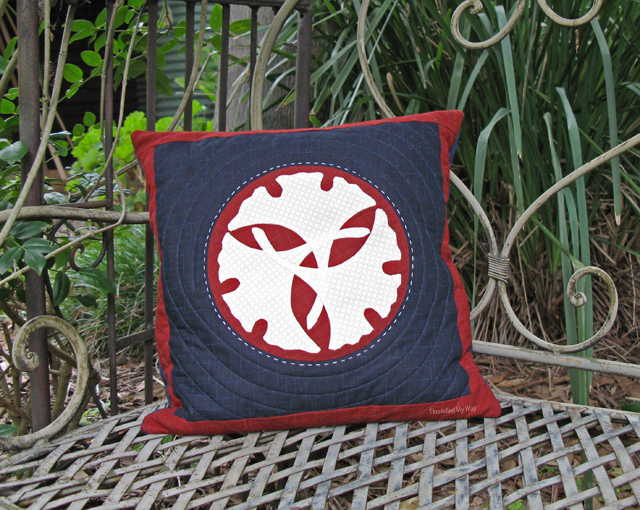 The original pattern, by Anne Sommerlad Designs, was for a wall hanging, incorporating five appliquéd shapes. I knew I'd be hard pushed to finish all the appliqués in time for the retreat. Instead of stressing and trying to get them all done, I decided a change of plans was in order and so I turned the first finished appliqué into a cushion. 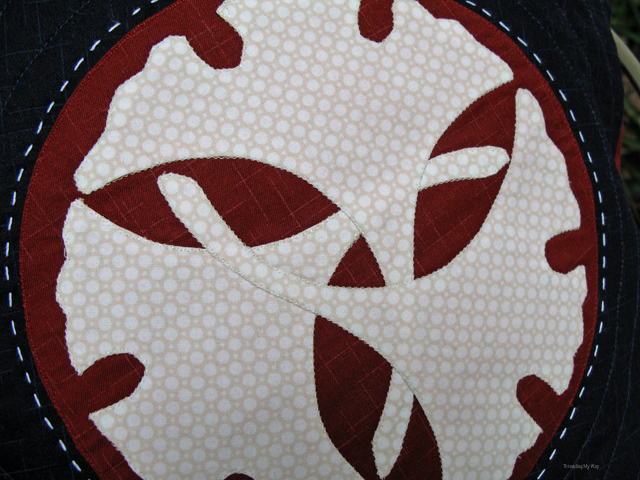 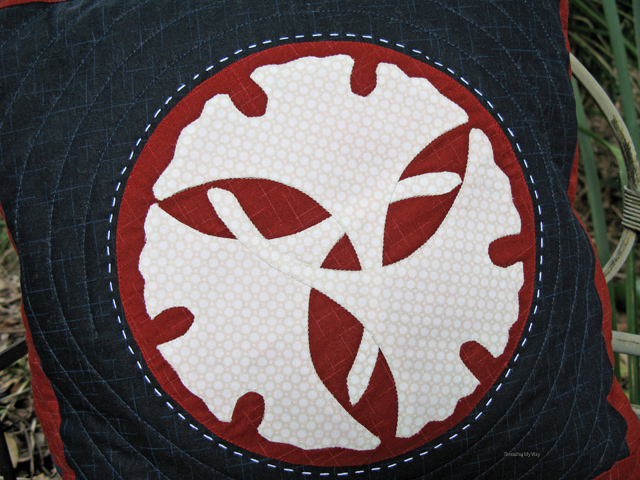 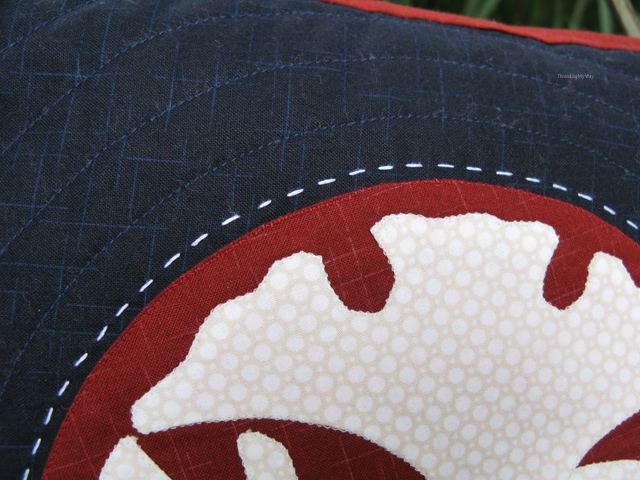 Around the outside of the maroon circle, I used three strands of embroidery floss to do some hand stitching. I did this before I added the batting.

The quilting may appear to be circles, but it's actually a spiral. For the back of the cushion I used some of the fabric I found for next to nothing at an Op Shop (Thrift Store). Just the same as I did for the Valori Wells cushions, I finished them off with an enclosed zip. 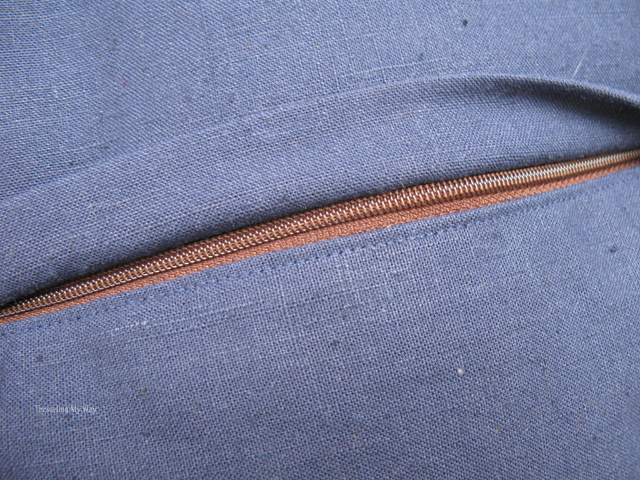 Not only does the closure look good, but it allows you to use a different coloured zip if you don't have a matching one. Only the person who washes the covers will ever know. 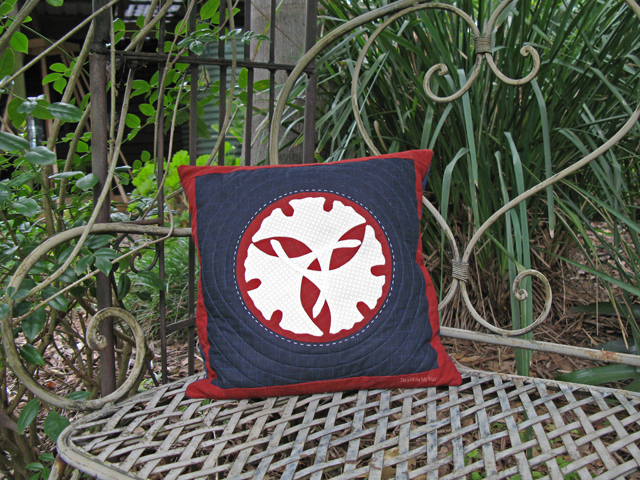 Once I finish the second cushion, I can tick off last year's projects and start on the projects from this year's retreat.