A couple of days before Christmas I made these cushion covers, but as they were a present, I couldn't show you at the time. 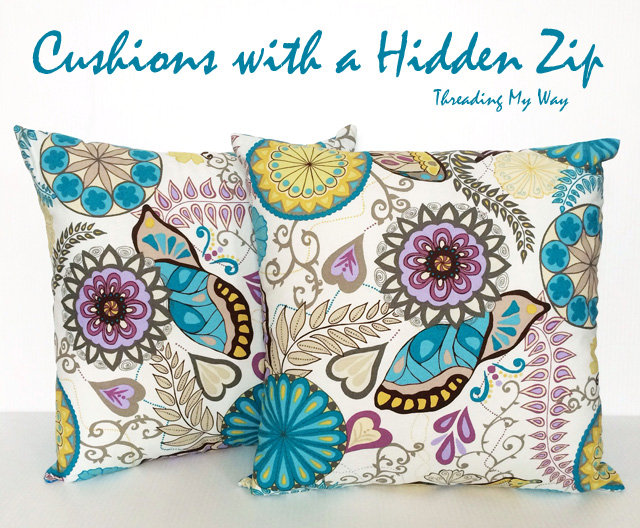 Early last year my daughter and I attended a fabulous screen printing workshop, held at Material Obsession. While there, my daughter, Tash, spied this beautiful Valori Wells fabric - Cocoon Metamorphosis and asked if I could make cushion covers for her. It only took me 8 months, but here they are... 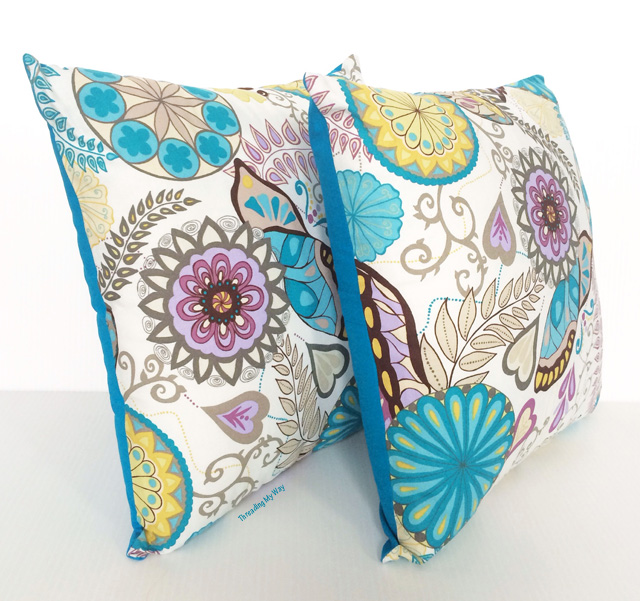 ... beautiful patterned fabric on the front and solid jade for the back. I deliberated for far too long on how to make the cushions. I was initially thinking of quilting the front and adding piping in the jade fabric. In the end I went with a very simple style - no quilting (or batting). 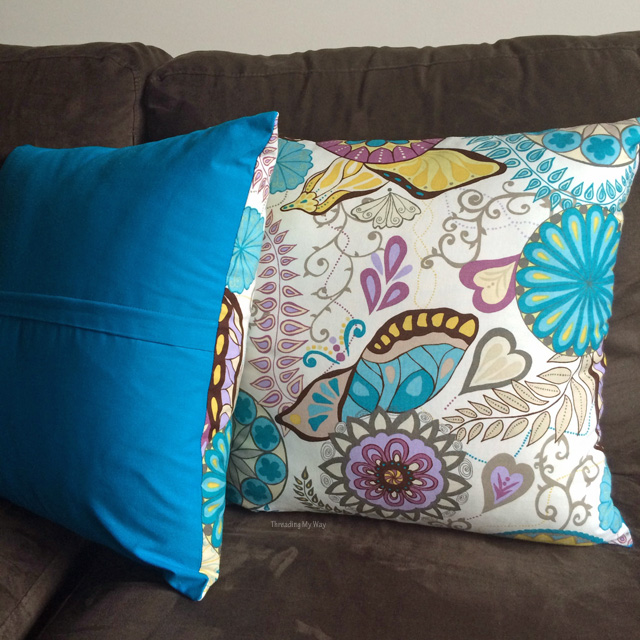 Here they are in their new home. You can see the back is closed with a hidden zipper. Enclosing the zipper is a rather nifty way to close a  cushion and it's VERY easy to do. For the zip I used a tutorial by Ms Midge. This is one of those, it's so simple why didn't I think of it tutorials. 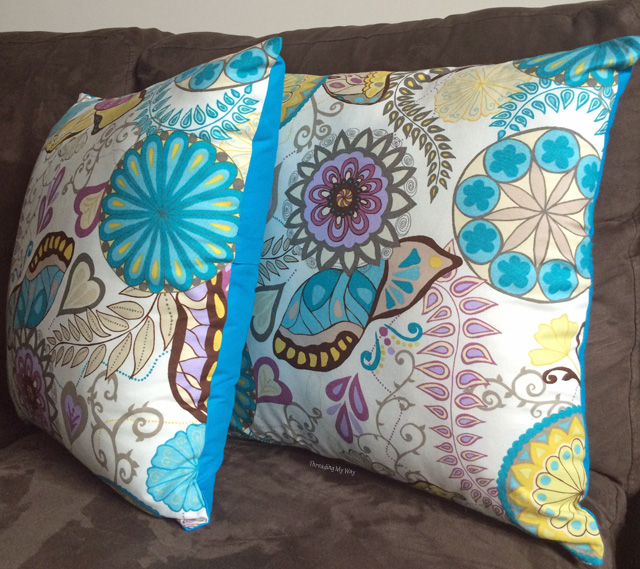 Attaching the zips was very quick. Sewing the cushion fronts and backs was even faster. I didn't use a tutorial for this part. I was in too much of a rush in the pre-Christmas sewing frenzy to take photos. However, I have enough fabric for another two Cocoon Metamorphosis cushions and I'll take photos of the finishing steps when I whip them up. 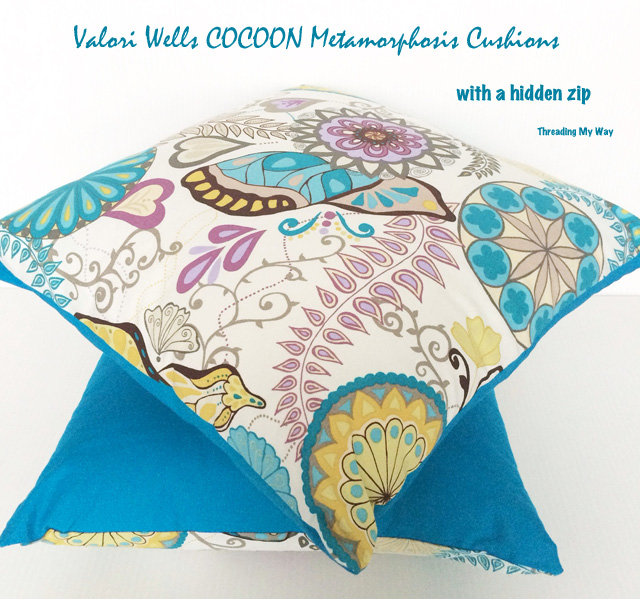 If you are new to sewing, cushion covers are a great project. A simple envelope closure is the easiest...

If zips and buttons don't worry you, here's another couple...

If you've ever made cushions, what's your favourite closure?

Let's hope I don't take another 8 months to make the next two cushions.

Photos thanks to Little Ladybird.