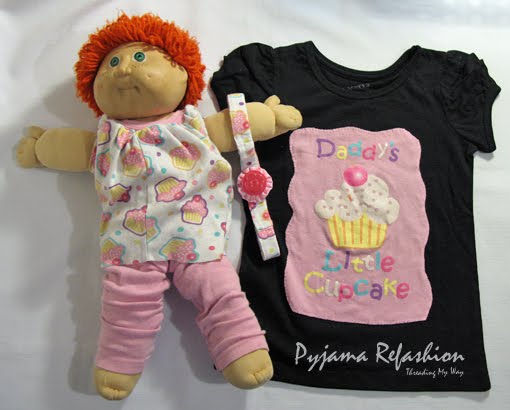 These little pyjamas were well worn by two children and no longer fitted. Little Miss, however wanted to keep them. 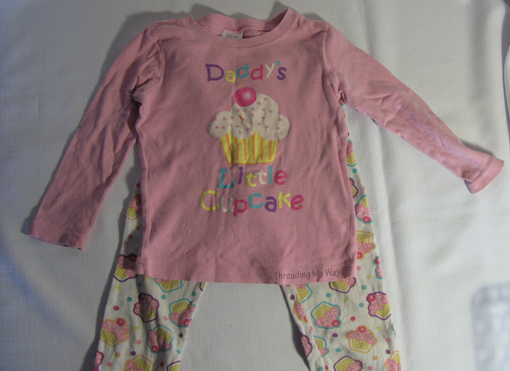 Easy solution... appliqué Daddy's Little Cupcake to a t-shirt.
I usually use double sided fusible webbing when I appliqué, but this time I didn't. Because the appliqué is quite large, I felt the webbing might prevent the ability of the t-shirt to stretch and secondly, I had run out of fusible webbing. 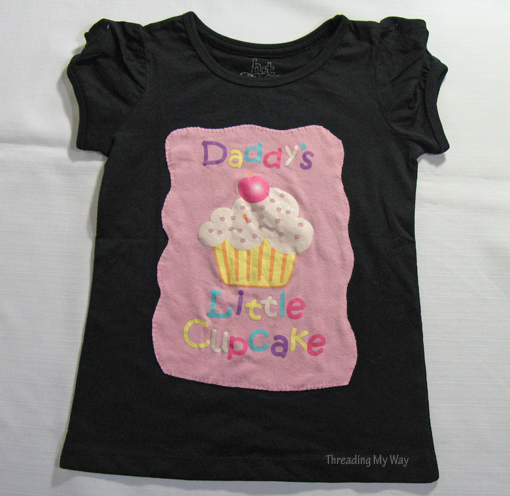 The appliqué is attached to the t-shirt with a simple blanket stitch. Last Christmas, I attached an appliqué to a t-shirt using blanket stitch. At the time, I wondered how it would go in the wash and it's been fine. We'll see how this one goes without the fusible webbing. 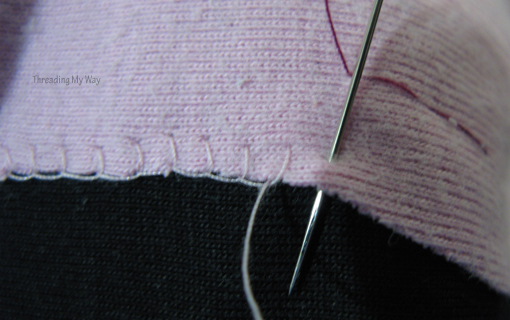 The elastic wasitband from the pyjamas  is the perfect fit for a headband. I've simply cut off the waistband close to the stitching, leaving the raw edges. As it's stretch fabric, it won't fray. I happened to have the pink checked yo yo left over from another project. Sew the button on to the yo yo, attach the two to the elastic and you have a headband.

With the left overs, I've sewn some pyjamas for the Cabbage Patch doll. I use the term sewn, rather loosely. Same as when I made swimming costumes for Ken and Barbie, these pyjamas are very roughly put together. I won't be showing you any close ups of the stitching... LOL!!! 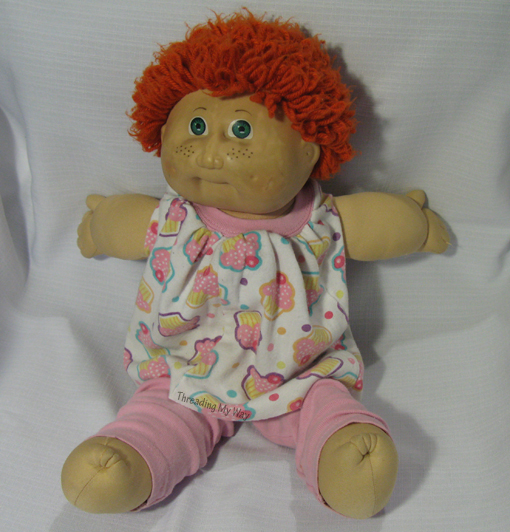 Just as well this Cabbage Patch won't be running around, because I didn't add any elastic to the waistband. In fact, there is no waistband. I've learnt over the years, that kids couldn't care less how well made the dolls' clothes are. What's important is that they have the tools (or in this case, the clothes) to let their imaginations take over.
For Cabbage Patch's pyjama top, I used the top half of the original pyjama pants.
There wasn't much left over. The two legs are going into the dress up box to perhaps be used as armbands, but who knows what they'll become. And yes, I did cut them different lengths, but not intentionally. 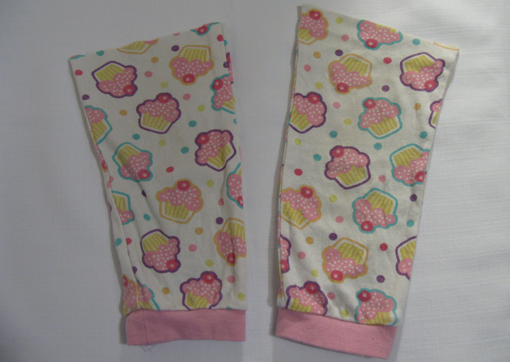 There wasn't much of the original pyjamas left. The only part I didn't use was the back of the pyjama top and that's going to be used as a dusting rag. 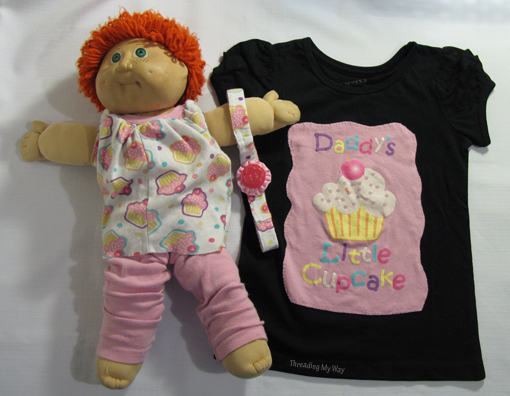 And so the life of those well worn pyjamas has been extended...
... Pam