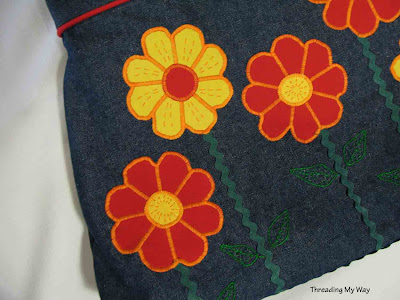 I've finished my bag for the Solids Only Tote Challenge, hosted by Keren, from Sew la Vie! and Rikka, from Ricochet and Away.

Here are the challenge guidelines:

Sounds easy enough. Actually, I found it hard to get started. Initially, every design I thought of, incorporated prints. After many sketches, much thinking and lots of procrastinating, I decided on a theme and I was away. 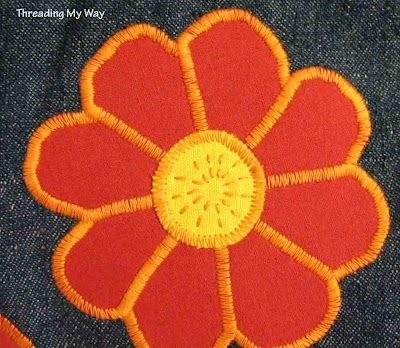 Same as for my Retro Pillow, I decided on a flower theme. This time, however, the colours are different, there is no hand appliqué, the flower shape is different and the hand stitching is on the flower instead of outside. 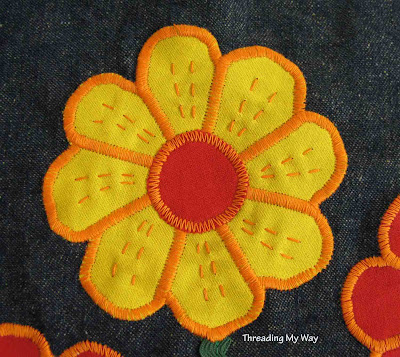 Double sided fusible webbing was used to attach the appliqué to the fabric. Zig zag stitches, of varying widths and lengths, were used to stop the fabric from fraying and to accentuate the flowers. I did two rows or orange hand stitching in each yellow petal and two circular rows of stitching in the centre of each red flower. 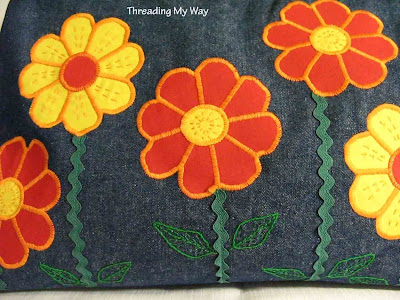 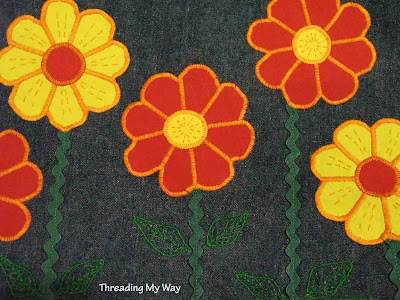 Green ric rac forms the flower stems and the leaves, of various shapes and sizes, are hand stitched. The appliqué and hand stitching were, by far, the most time consuming elements of the tote. 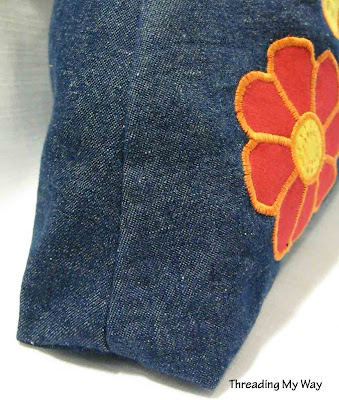 The bag itself, is just a simple tote, with boxed corners and a band at the top. I chose a heavy weight denim for the outside of the bag. To give structure to the bag, I used quite a heavy, woven, sew in interfacing. The interfacing in the handles, is medium weight, sew in and non woven. 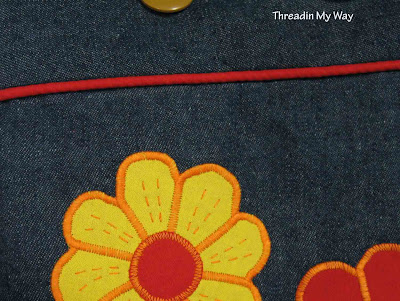 The bag and the band at the top are separated with red piping; the same red fabric as the flowers. Piping is so easy to make and to sew, especially when it is in a straight line like this. 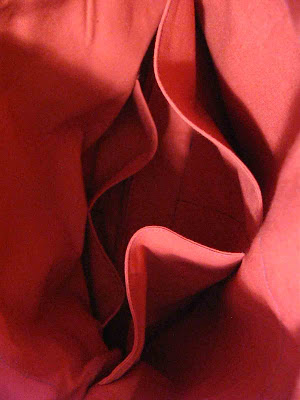 The inside is lined with quilting cotton, the same red fabric as the flowers. I've sewn two pockets on one side of the lining and three small pockets on the other side. I wish I knew how to take decent photos of the inside of a bag. 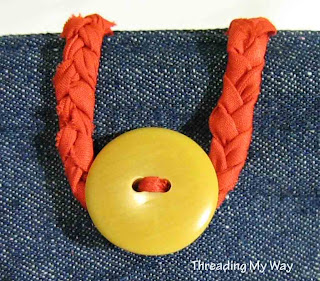 The top closes with a simple button and a plait of bias tape. I wanted to use red ribbon, but had none. The only red I had was store bought polyester bias tape. This was too thin by itself, so I simply plaited three strips of the bias tape to form the loop. 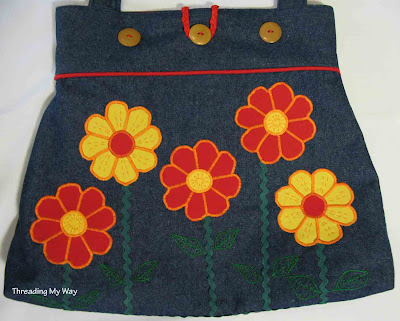 When I set out to make my tote, I was determined to only use items from my stash. I did it!!!! Every single item came from my stash: denim fabric, quilting weight cotton fabric, green ric rac,  green embroidery thread, buttons, piping cord, interfacing, bias tape for the plait and all threads. The orange thread used on the flowers, is genuine thread from the 70s, that has been patiently sitting in my sewing room, waiting to be used again. 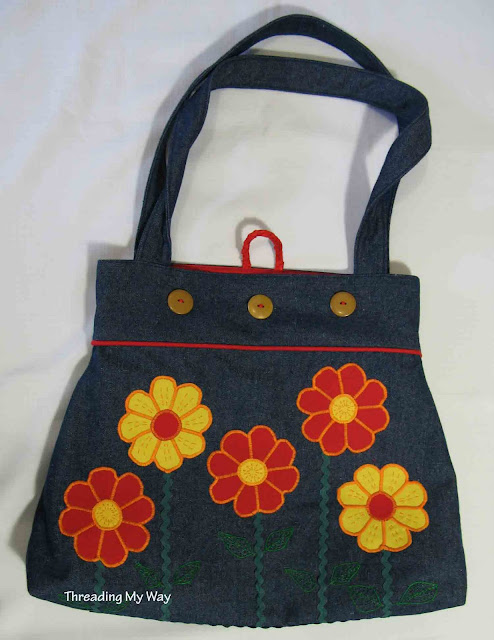 Lessons learnt from sewing this tote: 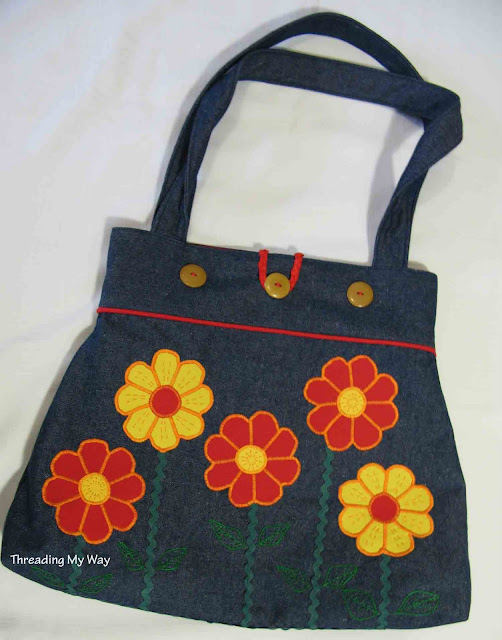 All in all, I am VERY pleased with how my tote turned out. Initially, I was unsure of the colours I had chosen, as they are rather bright, but I wanted to steer clear of the purples I had used for my retro pillow. I definitely wouldn't use this tote if I was wearing pink. 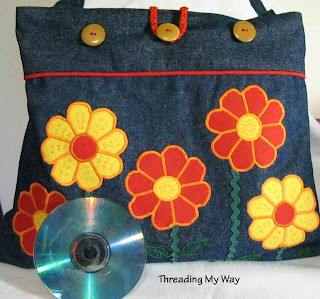 The shape, size and style of the tote are exactly as I had planned. The CD gives you an idea of the size of the tote. Yes, I know, the CD is covered with scratches. It's my coffee coaster for my sewing table.

Next time I make this tote, I'll put a zippered pocket, or maybe two, inside. I'll also take photos of each step and do a tutorial, showing how I drafted the pattern for the bag, so you can make one.

My thanks to Rikka and Keren, for once again hosting a fabulous challenge!!! It's not too late to sign up. Come and join a welcoming, friendly group...
Email ThisBlogThis!Share to TwitterShare to FacebookShare to Pinterest