I've done plenty of appliqué work, but until today, had never heard of shadow appliqué. I love the effect, and what's more, it's a perfect project for using up lots of small scraps of fabric. 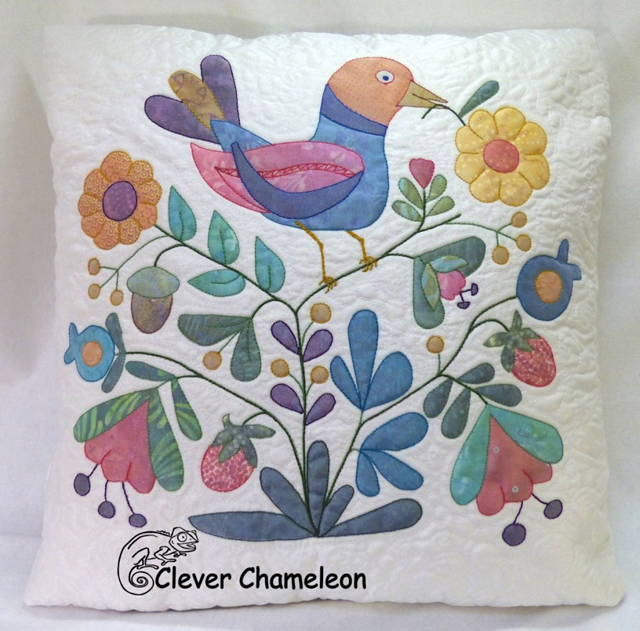 Dione, from Clever Chameleon Quilting, shows how to make a Scrappy Shadow Appliqué Pillow Cover. The ever so detailed tutorial will step you through the process of choosing fabrics, constructing the shadow appliqué and making a zippered cushion cover without rabbit ears.