It's not often I get a request from Mr TMW, asking me to do some sewing for him. Recently he asked me to make him a terry towelling sweat band for his gardening hat. He wanted to keep the perspiration out of his eyes, but he also wanted to make the hat a tad tighter so it would sit a little higher on his head. 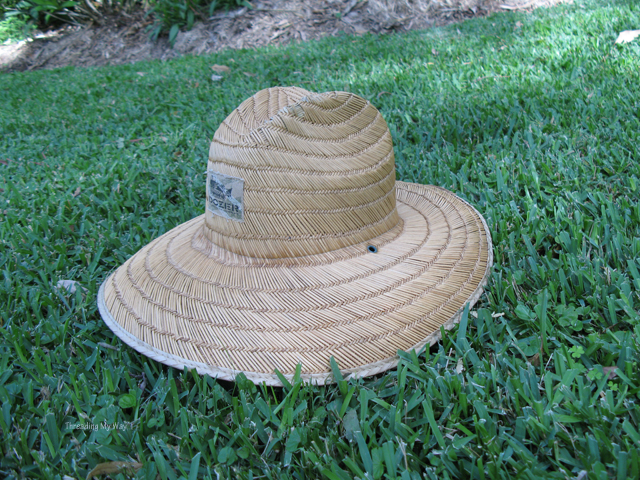 Although I had lots of terry velour on hand - left over from baby wash cloths - it took a few reminders from Mr TMW to get me started on this project. Each time I'd excitedly show him my latest finish, he'd say, That looks good. Have you had time to start my hat sweatband? 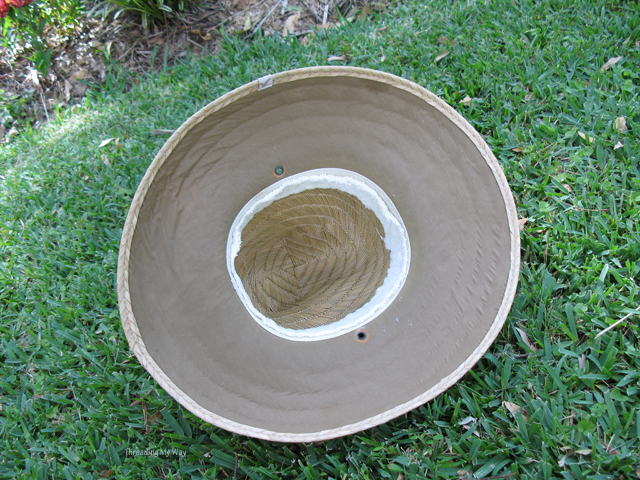 Don't know why I procrastinated? It was really very quick and easy to do:- 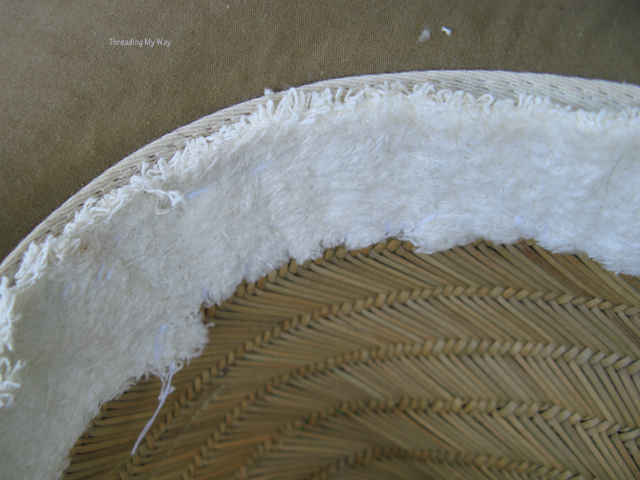 I didn't bother with neat and tidy stitches. Strength and durability was what I was after and so I used an overcasting stitch. If I'd sewn with a contrasting thread, you would be able to see just how irregular and large the stitches are.

Sewing to the outside of the existing band was much easier than the inside, due to the fact that the inside was fixed firmly to the hat. 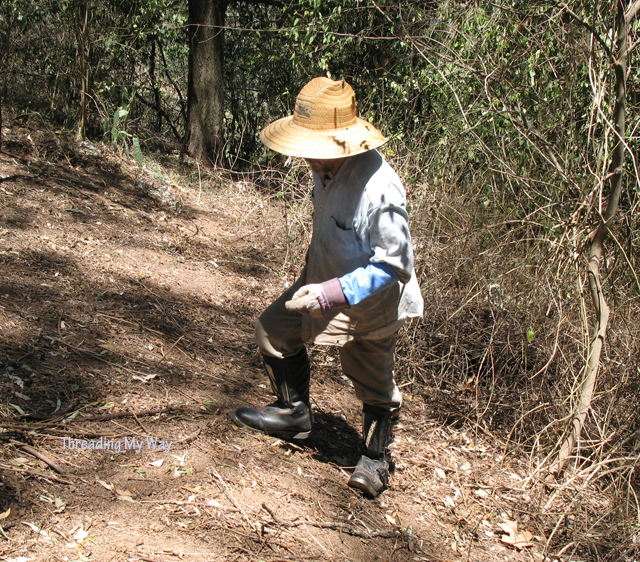 Mr TMW was REALLY pleased with his new hat - more excited than if I'd made him a whole quilt, I think. Not only does the sweatband keep the perspiration out of his eyes, it doubles as a had reducer as well, so he doesn't have to keep lifting the hat up to see.

And here he is hard at work, wearing the latest gardening apparel - bike boots and arm protectors. This photo was actually taken two years ago when I made the arm protectors. If you look at the fourth photo in my garden post of last week, you'll see that the brown, weedy area above is now a green grassy area, thanks to lots of hard work, and the fact that we are no longer in the middle of a drought, as we were two years ago.

I quite like it when Mr TMW asks me to sew for him, as it's a break from my normal sewing and usually something that requires thinking a little outside the square, but can be completed in a relatively quick timeframe. So far, the results have been successful, and Mr TMW is always very appreciative of what I've done.

Next project requested, is a cover for the battery end of a whipper snipper. I think(?) I know how I'll tackle it.

What's the strangest project you've been asked to sew?