I'm not a big fan of Twitter, so I don't use it as often as some other forms of social media. You can imagine my surprise when I found there was two of me on there. Well, not two of me, but two Threading My Way accounts on Twitter. Someone had impersonated me!!! 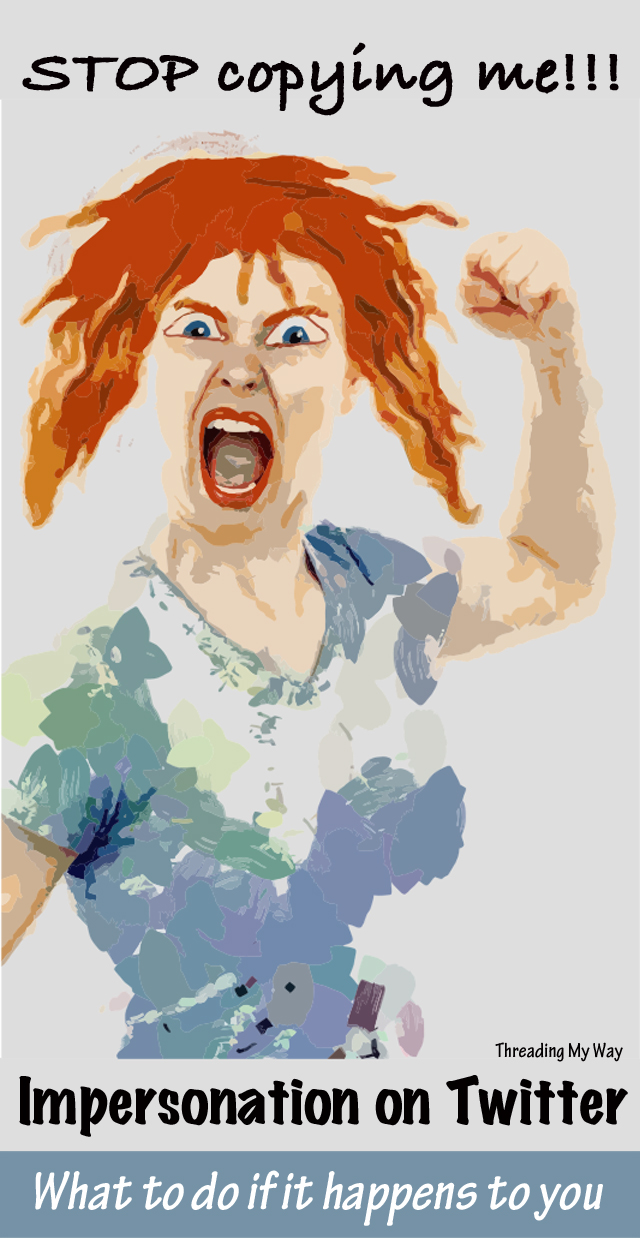 A couple of weeks ago, I was showing a friend Threading My Way on Twitter. When we did a search, there on the computer, were two accounts, both with the name Pam~Threading My Way. 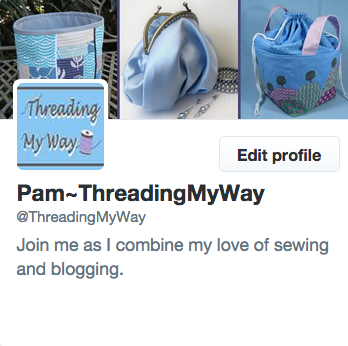 They weren't identical, though. Can you spot the differences between the two accounts? 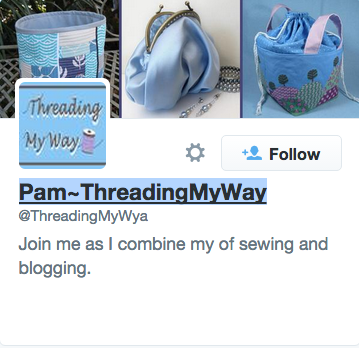 The top one is mine, the legitimate account. The second one is the impersonation. They had copied my header, profile pic and name. The blurb they copied, but left out the word love.

You can't see it in the screenshot above, but they also linked backed to my blog as their own.

The user name they had to change so they swapped the last two letters.

Why on earth someone would want to pretend they were me, I have no idea. I don't have lots of followers and I'm not well known. Perhaps they thought it would give them some credibility, but they weren't even posting about sewing related things. They just appeared to be retweeting others tweets.

The fact that I didn't understand it doesn't mean I didn't care. I did!!!

The screen shot above shows how I discovered the impersonation. Not sure why I didn't search for my exact Twitter name, @ThreadingMyWay, without spaces, but I didn't. Had I typed in the exact name, I doubt that I would have found the copy. 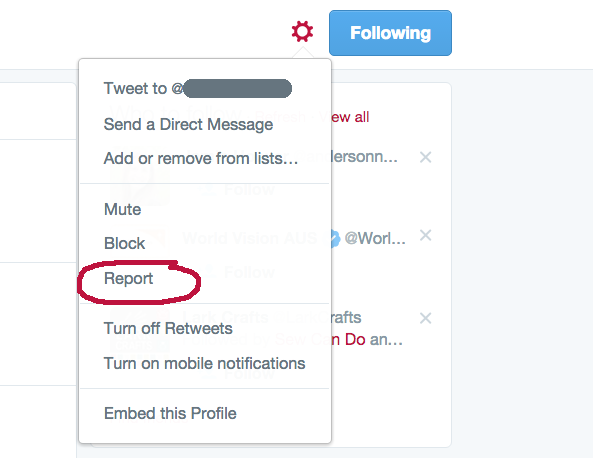 To report the impersonation, all you have to do is click on the gear wheel next to Follow, click on Report and follow the prompts. Yes, I know the screenshot shows Following, but I took it after the fact and I happened to use the account of someone I follow. That's why their name is hidden. 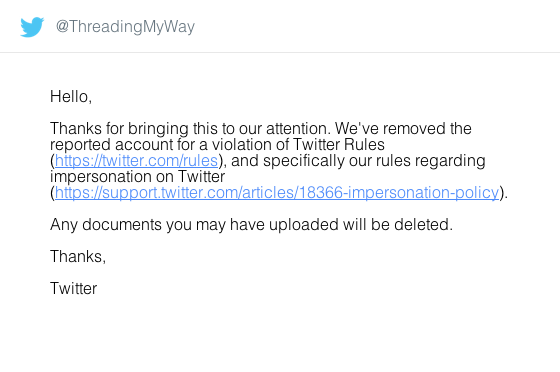 After a few days, I was happy to receive an email from Twitter, saying they had deleted the account of the impersonator.

Have you ever had a similar experience with any social media accounts?