If you've been reading along on Facebook or Instagram, you'll have seen some of the robot blocks I'm working on. My youngest son has designed all nine robots, each one with a different job or occupation. The blocks are going to be incorporated into a single bed size quilt. 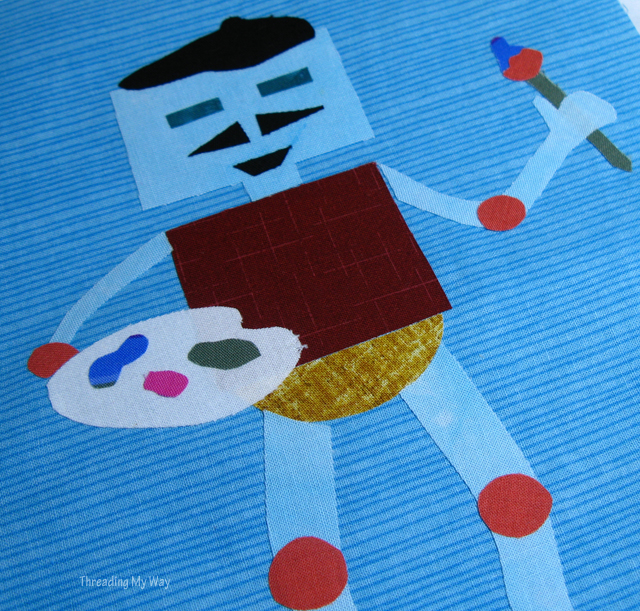 Back in February, I showed you the first two blocks, then had a bit of a break. Thanks to Sandra cheering me on from the sidelines, all nine blocks are now prepped. Prepping involved cutting out all the pieces and fusing onto the blue fabric. 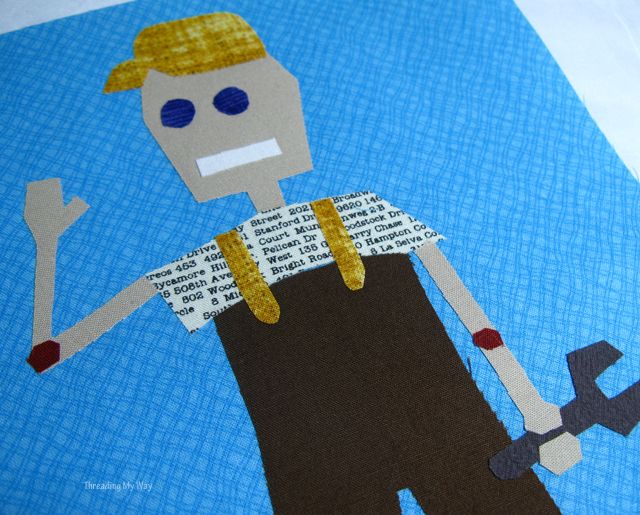 The blue backing fabric on each block measures 8" x 11". Quickly doing the Maths, it's easy to see that nine blocks this size won't be large enough for a single bed quilt. 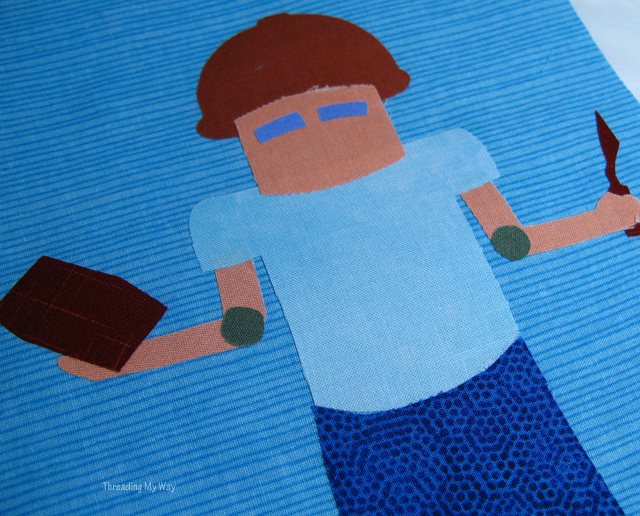 Each block will need to be enlarged considerably. I'm thinking I'll make the blocks larger, most probably with wonky strips, log cabin style. 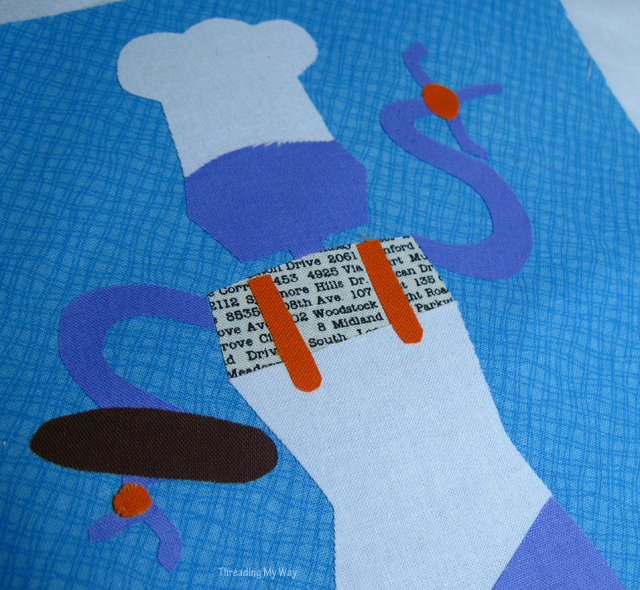 I took a few photos along the way when I was prepping the robots - cutting and fusing the pieces, so I'll do a quick tutorial next week. There are lots of fiddly little pieces, so it took between an hour to an hour and a half to get to this point on each block. 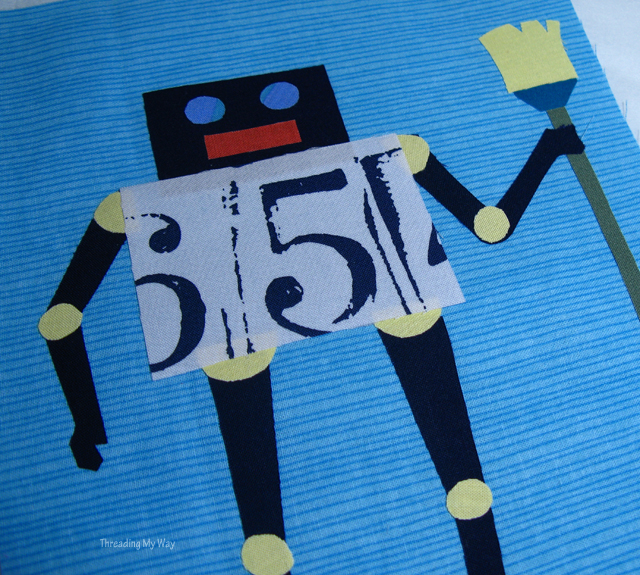 The next step is doing the stitching to securely adhere all the pieces of each robot to the blue backing fabric. I'll do scribbly stitching as I rather like the effect and it should work well with all the small parts. I've also seen it referred to as wonky stitching or sketchy stitching. 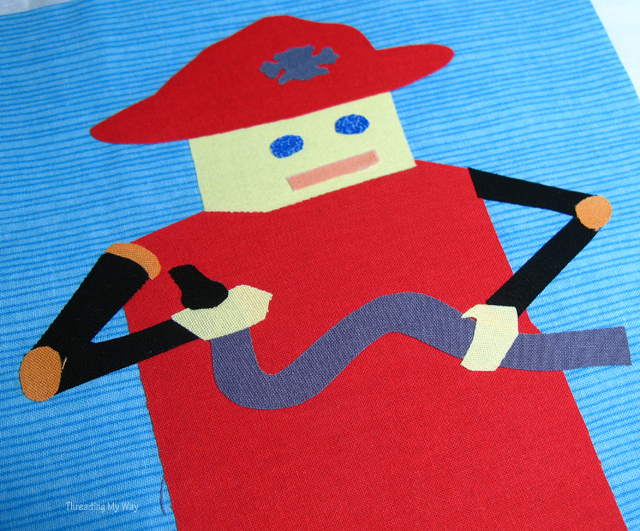 The scribbly stitching will also define the details missing from some of the robots. It's rather like drawing. A few of the robots will also have features (mainly facial features), added with hand embroidery. 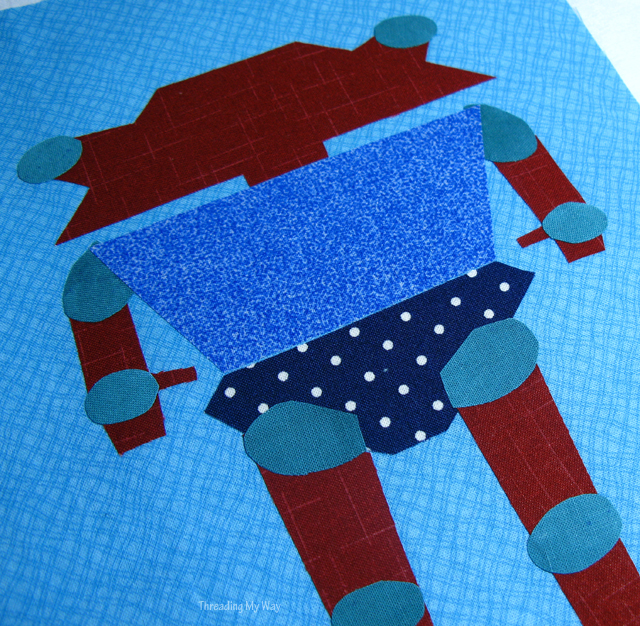 It took me a bit of playing, but finally the robots are now in PDF format, so I'll be able to share them with you soon. I'll upload them somewhere (?) and make them all available for free download. 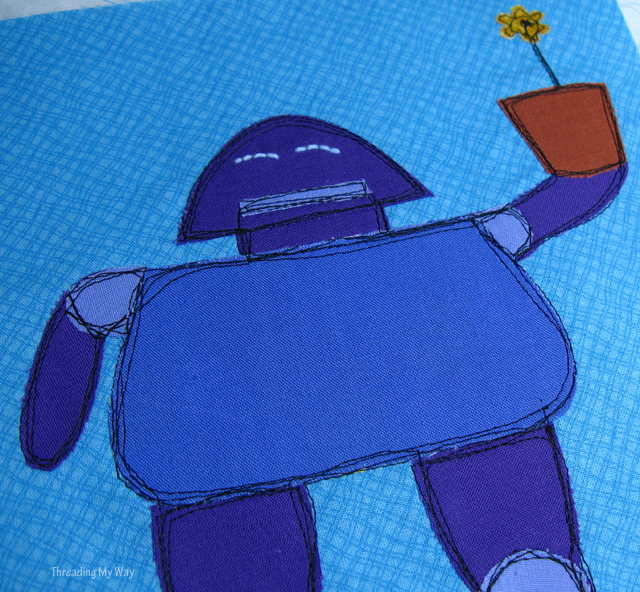 The last two blocks are the ones I finished back in February. They already have all the embroidery and scribbly stitching finished. 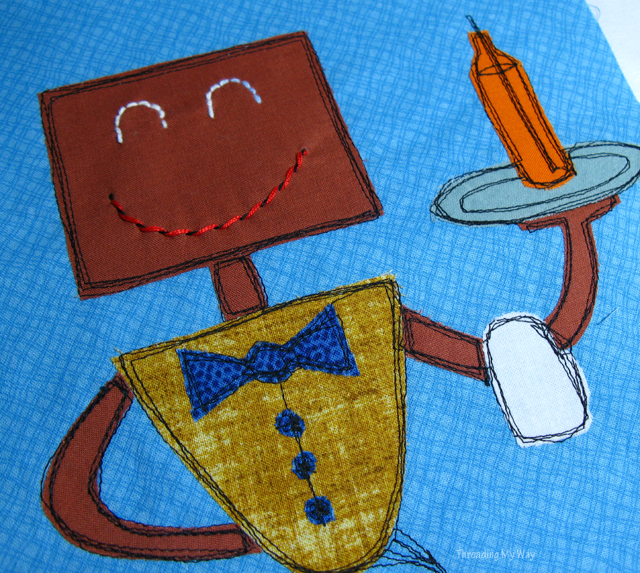 Even though they're not finished, I'm hoping it's fairly obvious what the occupation of each robot is. Let's see who can work out all nine robot jobs...