Adding Piping to a Pillowcase... 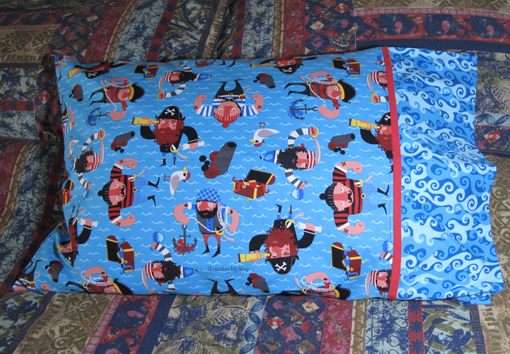 In January I purchased some fun pirate prints at Material Obsession, in Drummoyne (Sydney). They were 25% off and I just couldn't resist. At the time, I thought that perhaps I'd turn the fabric into pillowcases and that's just what I ended up doing. 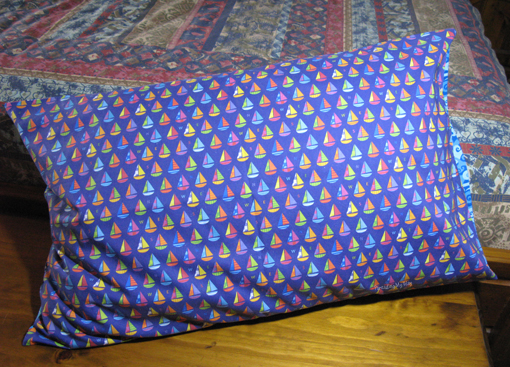 Out of the 2m bundle, I was able to make four pillowcases, using fabric from my stash for the backs of each pillowcase. I'm always happy to help anyone who wants to downsize their stash and that's how I obtained the sailboat fabric. I think it was printed at Spoonflower. 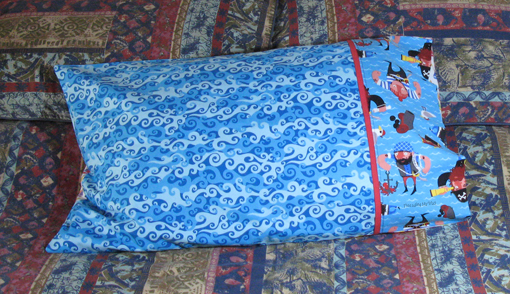 The fabric on the left is Salty Sea  and the cuff, Captain Redbeard. Both are by De Leon Design Group, for Alexander Henry.


The second pillowcase is just the reverse of the first... 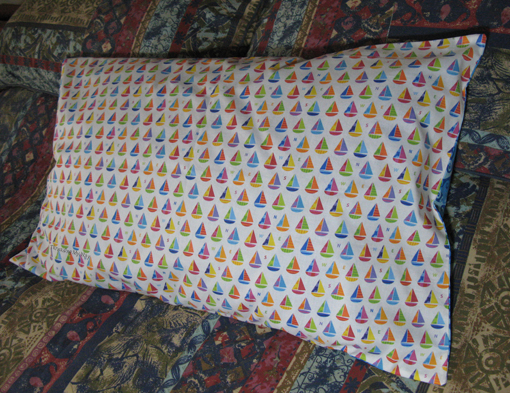 ... with more sailboats on the back. 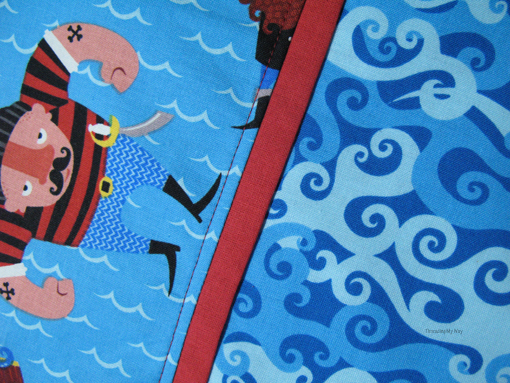 Once again, I've used the pattern pieces I have already cut to size, originally taken from measurements for the pillowcase tutorial by Flower Press. To break up the blue, I've added some piping between the cuff and the main part of the pillowcase. It looks rather effective and is really easy to do.

If you are a visual person and would like photos of the process, let me know and I'll take photos next time I make a pillowcase. 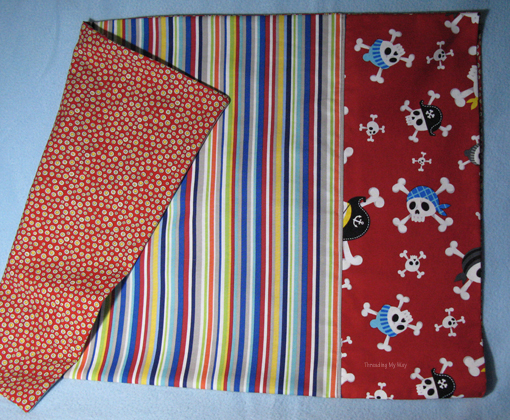 As there was more of a contrast between the fabrics, I didn't add piping to the next two pillowcases. The striped fabric is Robotek by Mint Bossom, for Nortcott and the red, Blaggard's Bones by De Leon Design Group, for Alexander Henry. 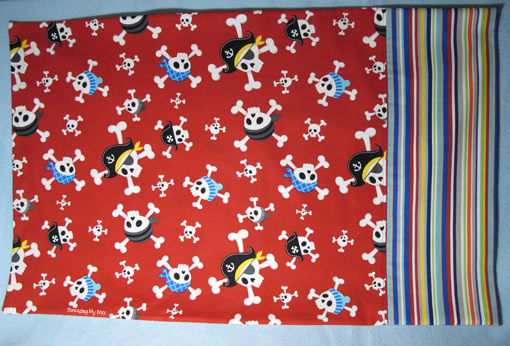 The last two pillowcases will be donated to Pillowcases for Oncology Kids and the two at the top of the post will be Christmas presents. How organised am I? Not really, but I am trying to lessen the mad rush in December.

If you would like help getting organised early for Christmas, Fiona is hosting Ho, Ho, Ho and on We Sew, with a link party and giveaway every month.

I'll be visiting Material Obsession again tomorrow, this time for a screen printing workshop with Saffron Craig. I am so looking forward to a day of painting on fabric!!!