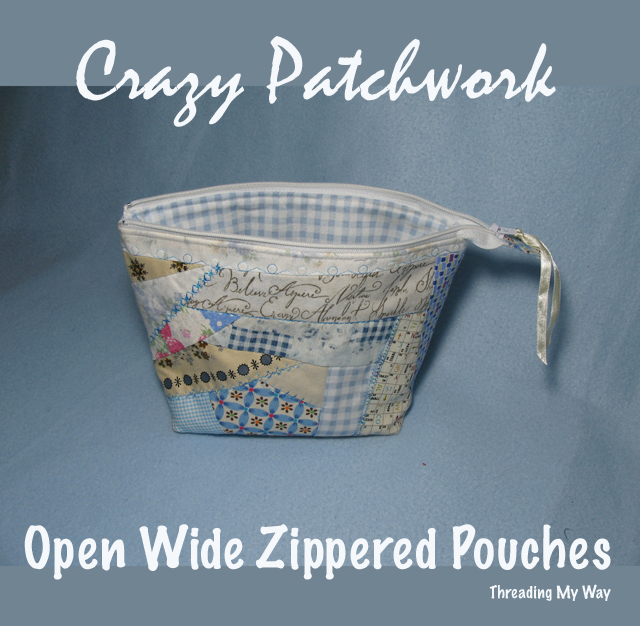 My sincere thanks to everyone who left a comment. I really appreciate your honesty and you gave me a lot to think about when I next use small scraps to make a patchwork block. As I expected, there were differing opinions due to personal preferences. 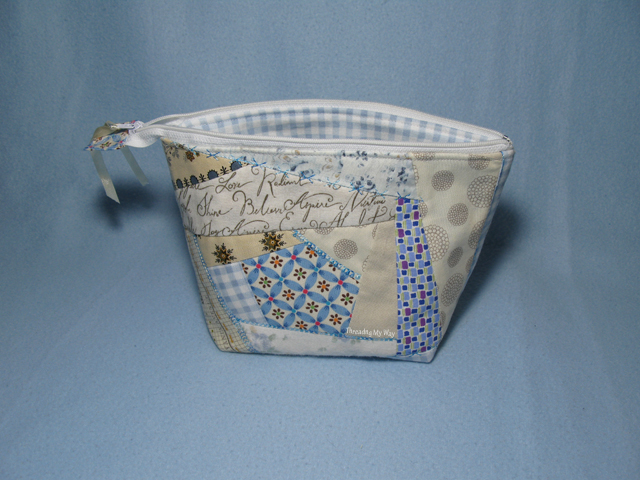 I've used all four blocks to make two open wide zippered pouches, using Noodlehead's free tutorial. I absolutely adore the first pouch in the lighter colours. I loved the crazy patchwork blocks this was made from, so was not at all surprised the pouch turned out as well as it did. 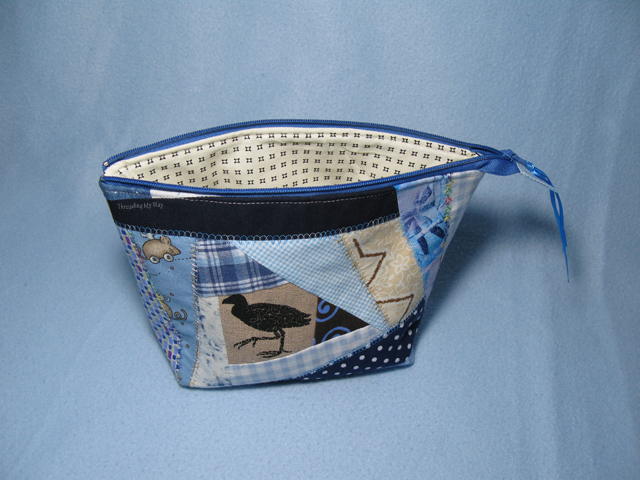 The second pouch did surprise me. The photo above shows the block that I thought was just so, so. I really like this side of the pouch, much more than I thought I would. Not as much as the lighter coloured one, though. For some reason or another, it looks more balanced now. 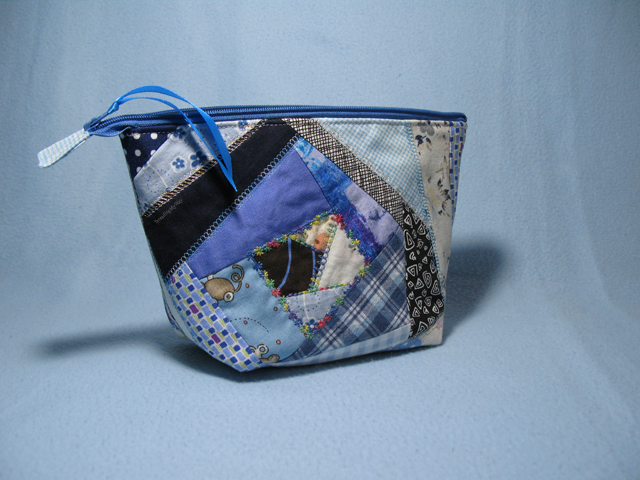 The photo above shows the other side of the pouch, using the block I did not like. I still don't particularly like it, but it works better now that less of it can be seen. Again, it appears more balanced on the pouch.

I was going to change this block or even make another, but I ended up using it without any alterations. I have a hard time changing something once I think it's finished. I'd rather learn from my mistakes and use the new skills in future projects. I'm keeping it for me and I'll always face the side I'm not so keen on to the back. 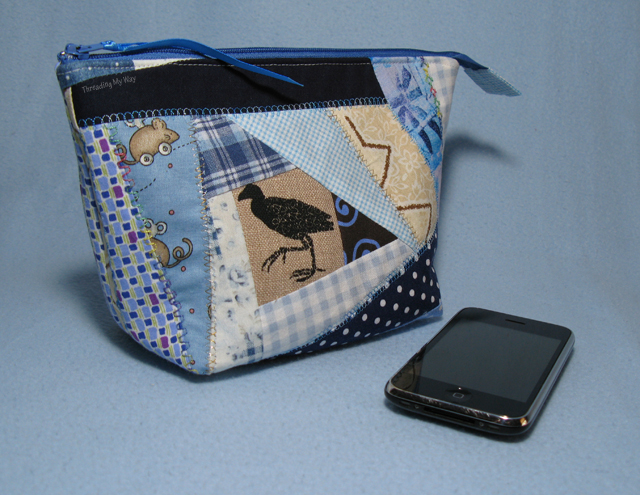 I trimmed each block to 10" x 8", making the pouches 1" taller than the tutorial. As you can see, with the phone for perspective, it's a very roomy pouch. 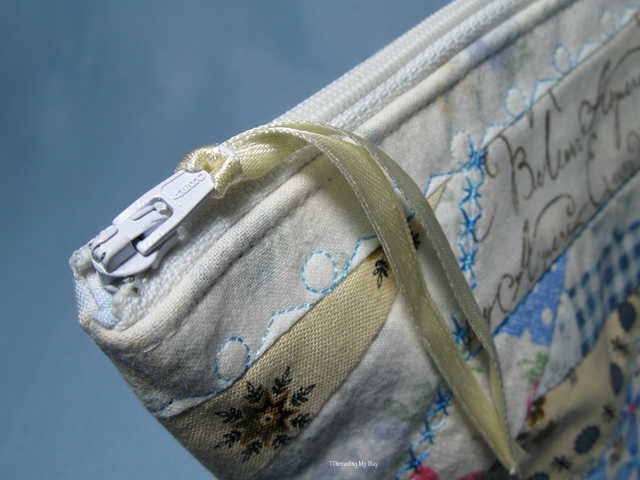 I do like the way the zippers sit using the open wide zippered pouch tutorial. Yes, the zip construction allows the bag to be opened right up, but it also looks neat when it's closed. 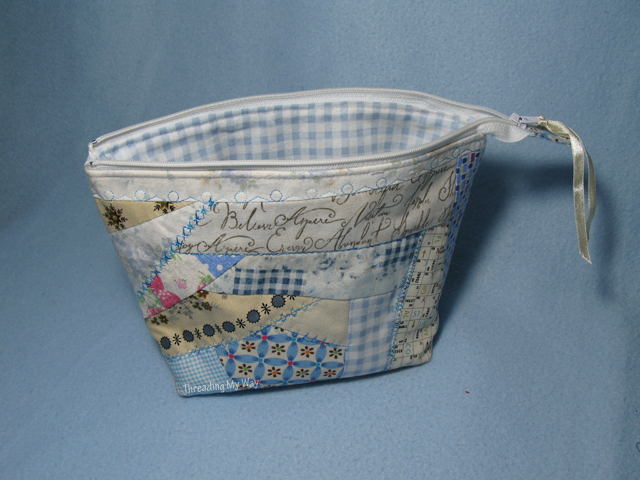 The pouch I adore is a just because present for a friend. I'm going to have a hard time giving it away.