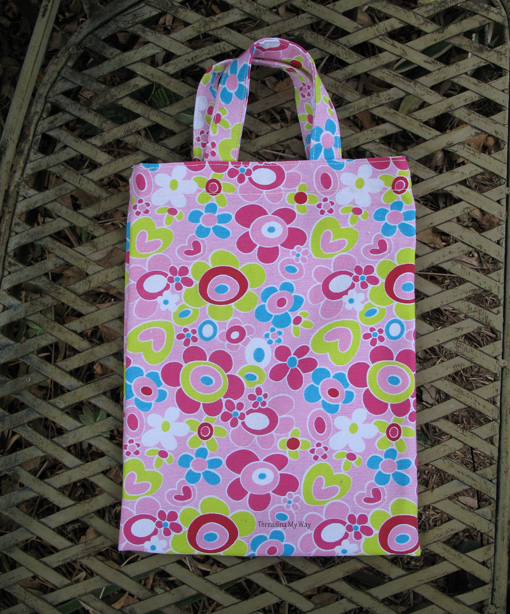 In June I showed you some children's tote bags made using the Little Shopper Tote tutorial. I've made some more, but this time the bags are unlined. 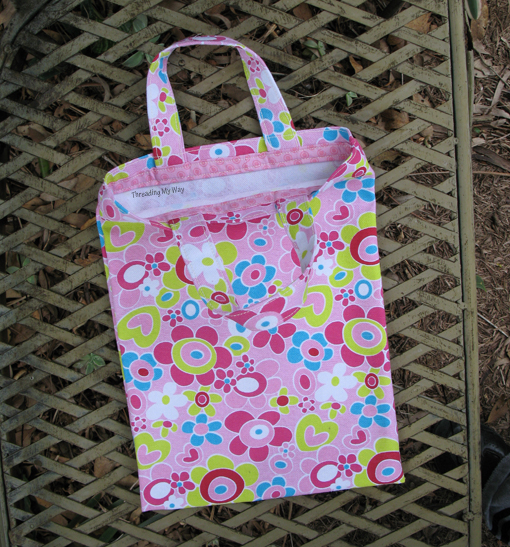 The fabric I've used is a cotton canvas, kindly supplied by Wholeport. Canvas is reasonably thick and therefore has much the same sewing requirements as denim.

To keep everything neat on the inside, I've sewn French seams. If you've never sewn French seams, they're really not hard. Each bag was cut in one piece, eliminating the need for a seam at the bottom.

Rather than make a double fold for the hem, I've reduced bulk by using bias. The handles are attached before adding the bias, again lessening the bulk as there was no need to turn under the ends. 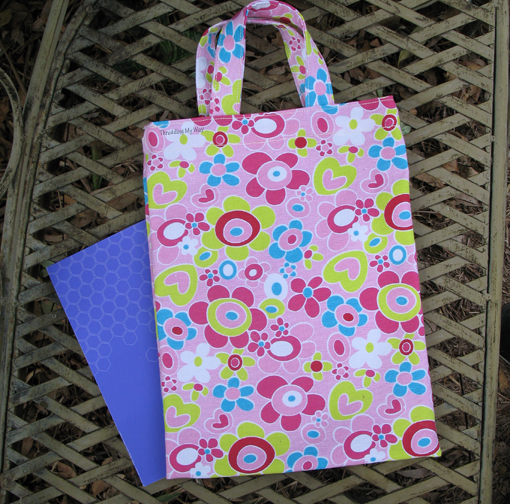 I decided to use topstitching thread, as it's thicker and I thought it would look good with the thicker fabric. In some places, such as the handles, it looks as I'd hoped, but in other parts I can see that the tension is not 100% on the wrong side. It's won't be enough to matter to the children these bags are destined for, but it's something I need to tweak. These four bags have already been posted and received by the Australian rep for Dress A Girl Around the World. Gigi is planning to use the bags as school starter kits.