Just a quick post today to show you my latest makes that have used a little of my poly/cotton stash - lined drawstring bags. 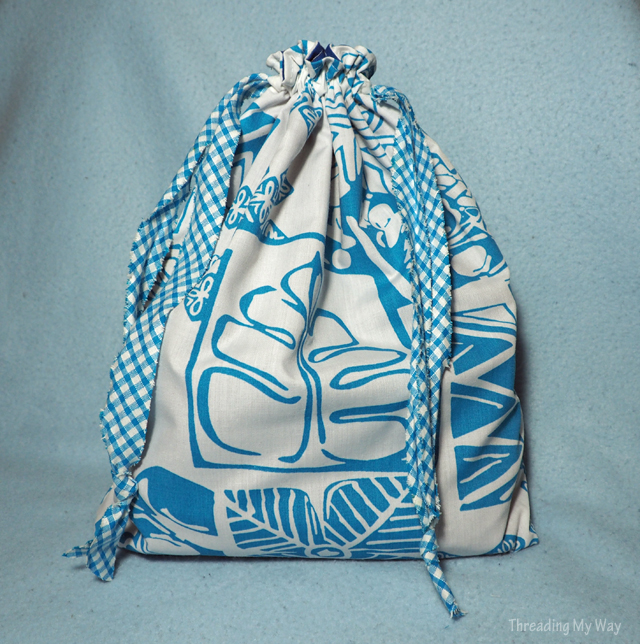 I'm not a fan of polyester, even though, when added to cotton, it makes for a fabric that needs little ironing.

I bought plenty of the stuff in the 60s, 70s and 80s. In recent times, however, I've decided to try to avoid this synthetic fabric, but I have unwittingly purchased some at Op Shops (Thrift Stores). I've also been given some. 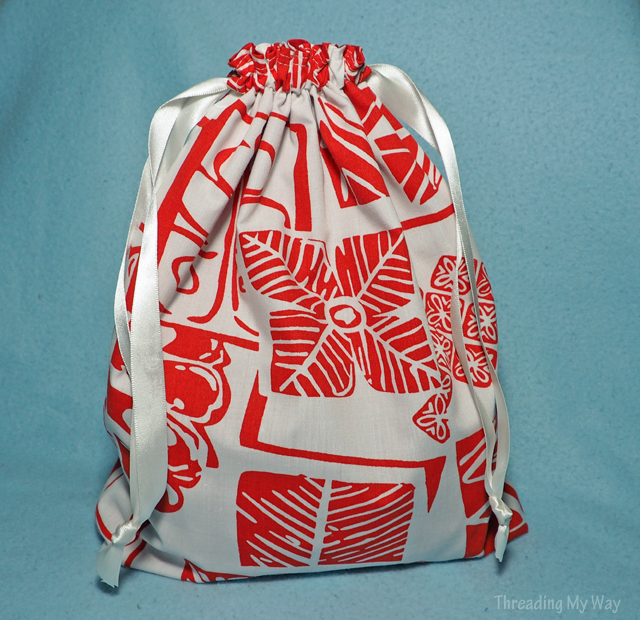 Whilst I prefer to wear clothing that doesn't contain any polyester, I can still use the fabric I already have to make non-wearable items. 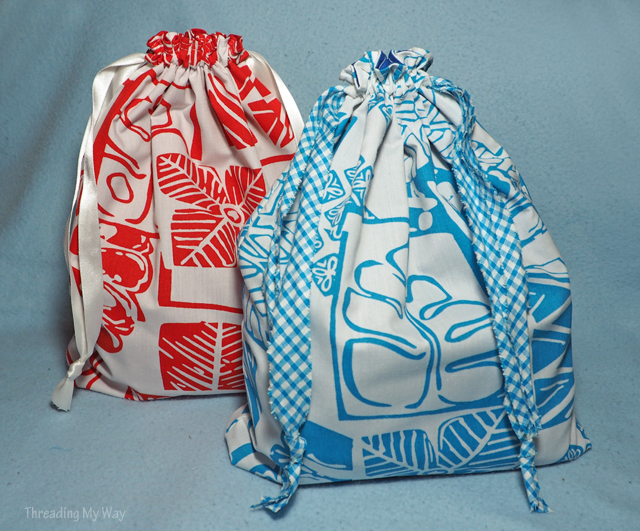 Drawstring bags are a good way to work my way through much of my poly/cotton stash. I haven't put an iron near the fabric, and they still look very presentable. 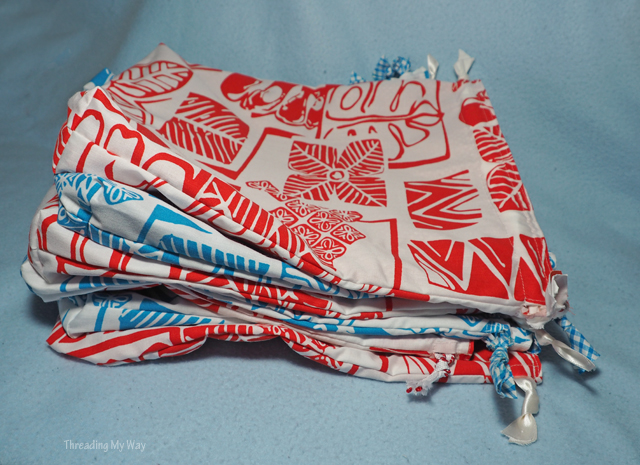 All up, I sewed seven drawstring bags. Even though I cut out over twenty, I'm stopping at seven for the time being.

At the end of last month I talked about projects stalling for one reason or another. I had thought that cutting out multiples of the one project would enable me to be more efficient, whereas in reality, it often bogged me down.

I would feel guilty for not sewing the whole compliment of cut items before progressing to a new project. And this is where I've decided to make a change...

After sewing seven bags, I've had enough - boredom has set in and I feel the need to do something different. Instead of stalling and doing no sewing, I'm packing away the rest of the cut bags for another time.

When I want a quick, non-thinking project, they'll be sitting there waiting for me. In the meantime, I'll head for something totally different. Time to finish off my mini log cabin quilt.

What system do you have to make your sewing time efficient?

These seven drawstring bags are headed for Sewing for Charity Australia. Although not as many as I'd first envisaged, I feel a sense of satisfaction when I look at the parcel waiting to be taken to the Post Office. Much better than the guilt I sometimes feel when I haven't lived up to my self imposed goals.