Whether you call them cushions, pillows or throw pillows, I'm thrilled with how this set turned out. Although they appear to be the same shape as a pillow you might sleep on, in reality, these cushions are much smaller, and are destined to sit on a lounge (sofa). 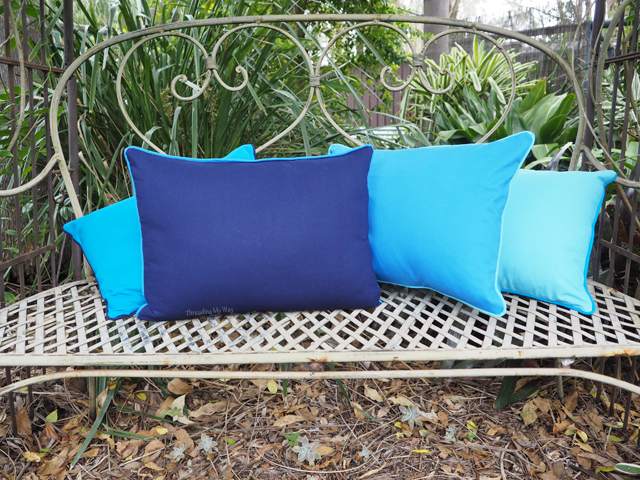 Cushions, even if they have piped edges, are not hard to make, so who knows why they were a long time in the making. My eldest son chose and paid for the fabric. He also decided on the combination of fabrics for the covers and piping.  All I had to do was make them. 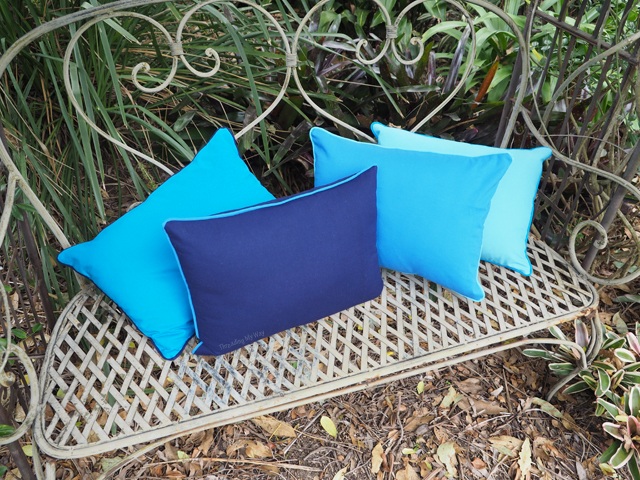 Sometimes I just procrastinate with certain projects, and this was one of them. I took so long, that they were a total surprise to my son at Christmas. He'd forgotten all about them!

If you're scared of piping, don't be. If I'd had more time I would have taken photos to show you. Instead, I've found some good tutorials to help you... 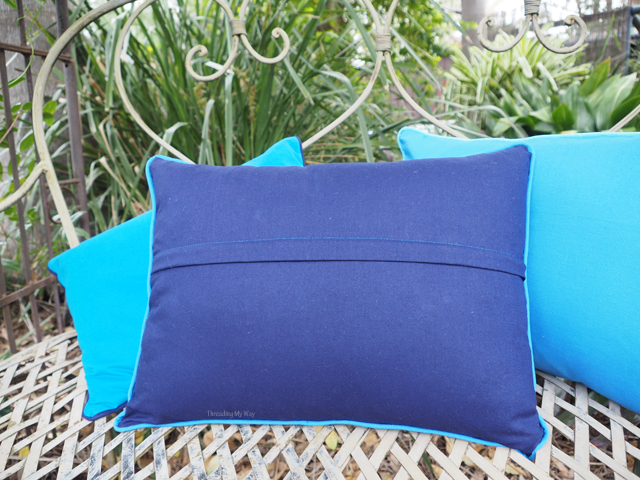 Enclosing the zipper so it's hidden behind a fold of fabric is a rather nifty way to close a cushion and it's VERY easy to do. Ms Midge's tutorial will step you through the process of adding a hidden zipper. Just scroll past the quilting instructions, if, like me, you don't want a quilted cushion.

The hidden zipper tutorial is one of those, it's so simple why didn't I think of it tutorials. 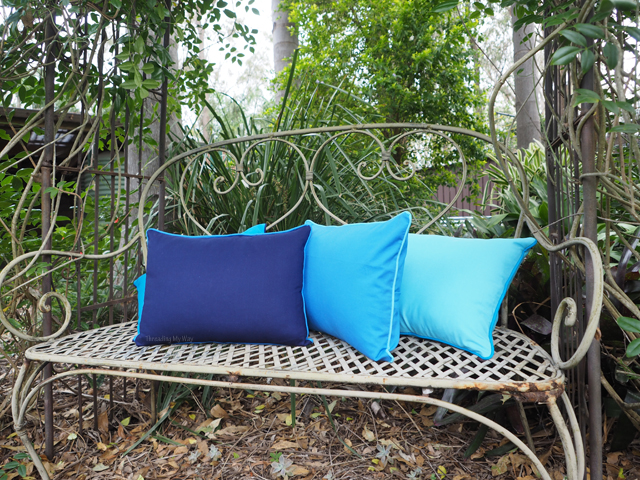 I was so rushed making the cushions that I didn't even write down measurements. Check out Differences in Cushion Inserts to help with sizing information.

My son's cushions will be joining the 240+ projects in the Pillows & Cushions link party here at Threading My Way.

I still have a few more Christmas presents to show you - some with tutorials. Stay tuned over the next couple of weeks.